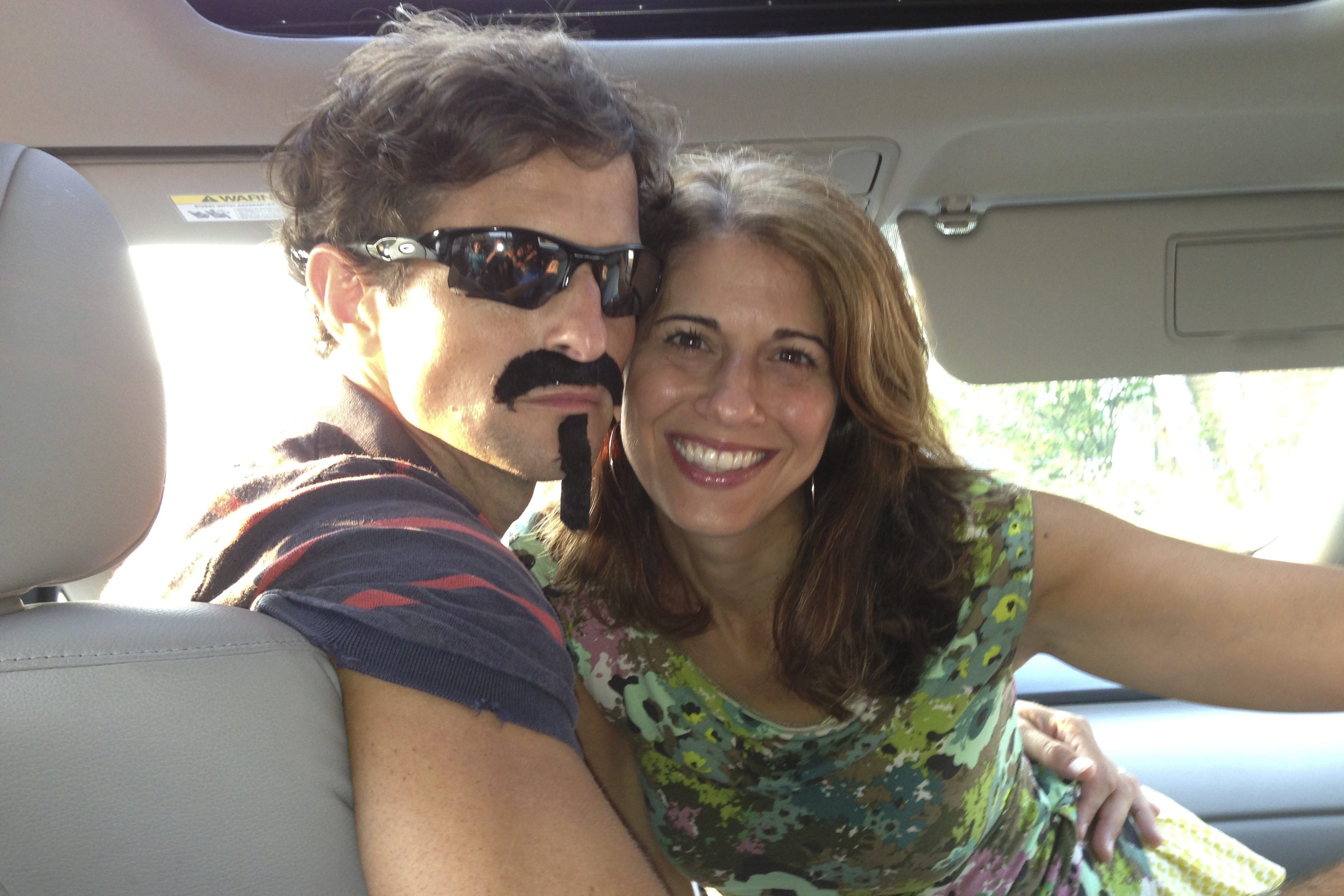 This is the somewhat true story of how my husband eating an apple in the car for twenty years nearly, but not really, led to our divorce.

Let me start with my true but bizarre affliction…I have a fruit allergy. Actually, I might have a fruit allergy. I’m too lazy to go to an allergist and find out for sure. But if you tell people you just don’t like fruit, it’s a whole deal. They think you are a psychopath, which might be true, but not because you don’t like fruit. The conversation devolves from there into a character assassination because fruit is so delicious and healthy and fresh and the only other person who hated fruit was Lord Voldemort, which I don’t even think is true because he’s fictional, but the point is that if you don’t like fruit, the world is not kind to you and compares you to the dark lord who shall not be named.

So, I don’t love fruit. Maybe I died from a poisonous berry in another life. We just don’t know. Sure I can stomach the occasional berry, mostly out of a sense of obligation to the world’s need for me to enjoy fruit, but the idea of eating an apple that isn’t baked in a pie, freaks me the fuck out. They are so mealy and tart that it makes my mouth want to cry out, “Why? Why would you introduce this horrid texture to my delicate membranes?” Apples are gross and they make me want to gag.

Now, you probably don’t know me well. You’ve maybe read a blog or two, or this might be the first time you’ve been introduced to my personality. Arguably, we haven’t spent two decades cohabiting as husband and wife, and we aren’t intimately involved in any way, shape, or form. Nevertheless, I’m guessing you are clear on my feelings on apples.

Enter my husband of almost 23 years. One might deduct that I’m not particularly shy about sharing my feelings and thoughts and musings about apples and my disdain for them. One might also deduct that my husband has figured out I don’t like apples. One might think he would never, ever offer me an apple.

One would be wrong.

For many, many, many years, every single time we were about to go somewhere in a car together, my husband would grab himself an apple and, unbelievably, ask me if I wanted an apple too.

Now, if you find yourself taking his side with some lame defense of, “Oh, isn’t he sweet to think of her and ask her if she wants an apple” let me stop you right there because that’s total bullshit. Oh, it might seem sweet, for the first decade or so, but trust me, it becomes motherfucking, annoying as all get out. Is “all get out” a saying? I like it, so it stays.

Back to him annoyingly, not sweetly, offering me an apple every day.

You can only imagine the responses I’ve had to this over the years. Since I have no memory, I’m going to have to imagine along with you. I’m sure the first five years were pretty sweet. Maybe a “no thanks” or an “all set” or even an “I’ll pass.” After that, I’m guessing it was seasoned with more snark. “How do you not know I don’t like apples?” At the ten year mark of this unfuckingbelievable disregard for listening to the sound of my voice and words and ideas it forms into my preferences for eating fruit, I’m guessing it grew more contentious. “Are you even fucking serious?”

Honestly, I haven’t stored all of our “Do you want an apple?” exchanges in the past 23 years because I’m not entirely crazy, and I’m smartly storing every line of Seinfeld instead. But I can tell you that things turned ugly like three years ago, because I could not entertain this inane, tone-deaf question any freakin’ longer.

Now, I’m with you on one thing, your husband asking you if you want an apple every time you get into the car, no matter how radically grating on your every nerve it is, is probably not enough to end an otherwise mostly satisfying relationship, so there’s more.

There’s this implied smugness of him asking me if I want an apple when what I really want are potato chips. He knows this. But he has this quiet righteousness about his healthy choices. You see, he’s way healthier than I am. He gets up super early to go running. Don’t even get me started on the psychological damage of being married to an exercise enthusiast. And, for the record, I’m impatient with enthusiasts of all sorts, which I know makes me kind of an asshole, but so be it. I don’t even care anymore.

But, okay, admittedly, that’s my baggage. I’m totally putting that on him because he’s not this horrible jerk. He’s really kind of a great guy. Most mornings I wake up to a prepped pot of my favorite coffee ready to go with a touch of a button. I know, right? And, yes, maybe his incessant offering of an apple to me, even though I’ve literally never once taken him up on it in the almost 25 years we’ve been together, is actually not meant to rub it in my face that I’m a lazy, sleep late, eat junk food person who is only enthusiastic about binging Netflix shows. Fine. But before we build a pyre and throw me on it for being the bad guy here, there’s more…

After he’s asked me if I wanted the apple. After he’s made a comment about how it’s a great healthy snack. He eats the apple in the car.

Finally, one day last year, I lost it. I told him that hearing him chomp on that apple makes me want to grab the apple out of his hand and throw it with all my might at his head and inflict damage. And get this…he was shocked. Shocked! He had no idea that for years I had been fantasizing about his demise by half eaten apple in the minivan. He was like one of those videos where someone gets that cochlear ear implant and he was hearing my voice for the first time.

So, guess what? The shock was helpful. The dramatic imagery was necessary. He finally gets it. I don’t like apples. He no longer asks me if I want an apple. And he stopped eating apples in front of me in the damn car, and thus no longer asks me to partake in any apple eating. And in exchange, I no longer struggle with wondering how I’ll live with the embarrassment of the public divorce records listing “Eats apple in car” as the reason I’m ending things.

The moral of the story is…the luxury of a good marriage, where you mostly agree on the big issues, is you get to indulge in a bunch of inane ridiculousness that will slowly drive you batshit crazy, but keeps things interesting. Also, good to note, I never once fantasized about throwing a coffee pot at my husband’s head.

Post Views: 18,230
← Escaping Your Inner Voice CaptorThings I Want To Complain About That Make Me An Asshole →