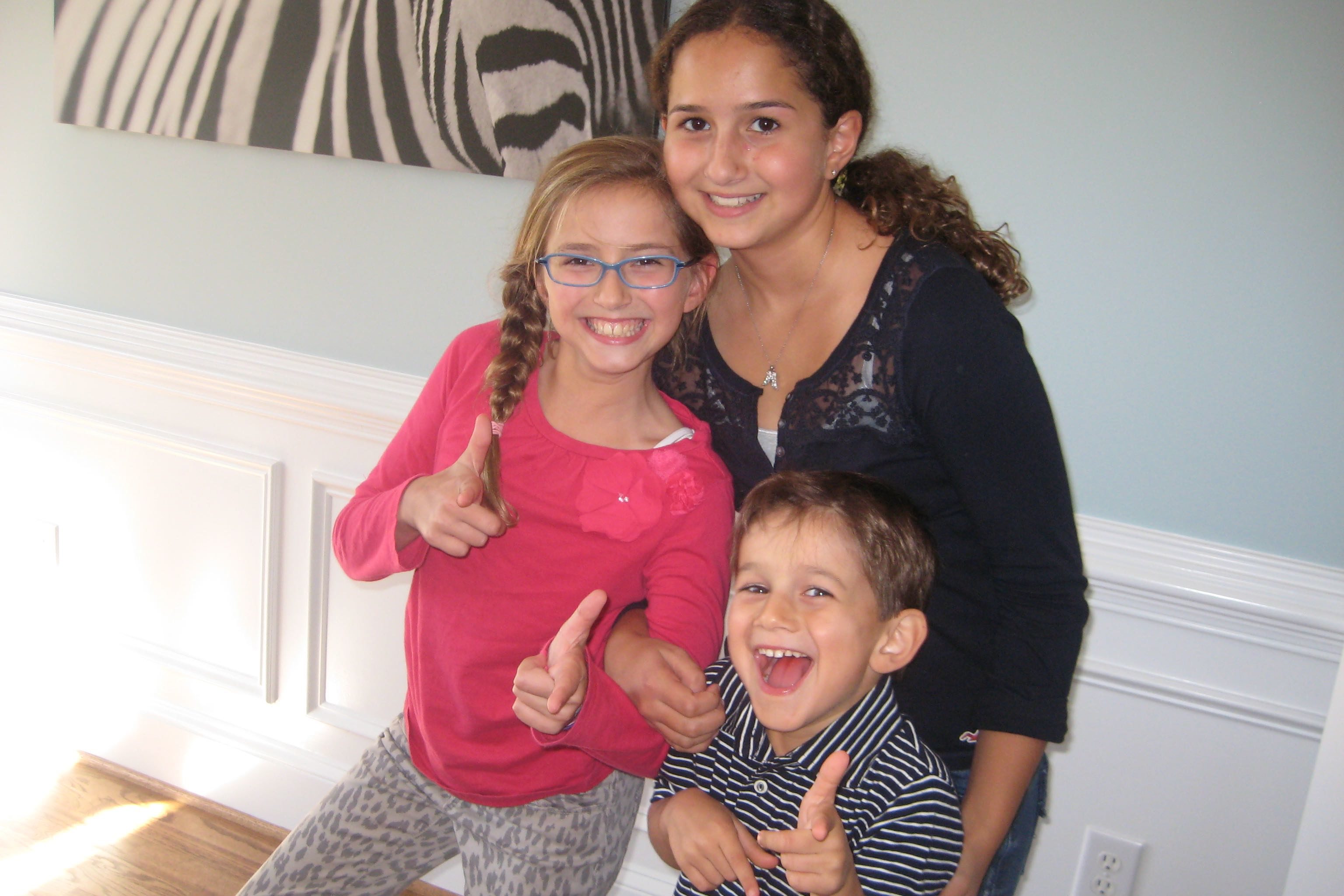 Forget Tiger Moms and Helicopter Parenting and the latest parental wackiness I’m coining, Fighter Jet Escort Parenting, a disturbing mutation of parents who fly next to their kids with firepower at the ready. And join me for Parenting from the Couch. This revolutionary parenting style doesn’t make promises, but if it did, it would promise you will remain far saner, maintain a bit of your own identity, and you might just end up with a child self-reliant enough to cross a busy street alone. Dare to dream.

Disclaimer
You should know that some blogs are written by legitimate experts on parenting. This is not one of them. I have read exactly one parenting book, and I doubt I finished it. Who has time? Sure the kids do eventually sleep, but bedtime was made for binge watching Scandal and reading Gone Girl, right? But, like you, I do have a lot of dusty parenting books, and a Twitter account full of parenting bloggers, so there’s that.

What is Parenting from the Couch?
Despite the name, you won’t actually be sitting on a couch at any point. Oh, come on, you’re parents. You don’t sit on couches. You probably sat on your couch once when you had company over that time. You perch on a hard chair in your kitchen wearing a ratty old fleece surrounded by bills to pay, unopened mail, school flyers, and work from your job you are avoiding. Forget actually sitting on a couch. It’s a metaphor. I mean, do Helicopter Parents actually get in a helicopter and hover? No. Are Tiger Moms actually tigers? No. Well, maybe. I’m not entirely clear on that. I skimmed that trend.

Couch or no couch, the general idea of Parenting from the Couch is not to get up every time one of your kids needs something. I have actually timed it and, if I got up every time one of my three kids needed something, it averages to every three minutes. Add in the dog needing to go in and out, it drops to two minutes. The goal of Parenting from the Couch is to lengthen pockets of time between fulfilling the needs of your children, so you can string together a coherent thought every now and again and teach them the valuable lesson that life doesn’t come with a cruise director. Deal with it, kid. 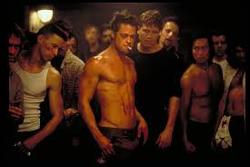 The First Rule
The first rule of Parenting from the Couch is not to talk about Parenting from the Couch. Whatever you do, do not to tell anyone judgy about this. (You know, that perky friend down the street who does crafts with the kids with sincere happiness? Yah. Not her.) They will not get it and fill you with endless stories of how they love spending time with the kids. They will make you feel like a complete jerk, a total ingrate, that you long to escape your children. We all know the Cat’s in the Cradle song, but that guy’s dad was an asshole. He didn’t spend any time with his kids, so screw him. We spend tons of quality time with them. Way too much, probably. Don’t let some unenlightened, do-gooder make you feel bad that you are a human being separate from being a parent and need some damn time to your damn self. But, even better, just don’t tell them. 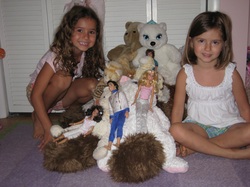 The Golden Rule
Don’t engage the children unless they engage you. If your kids are happily playing with each other, or alone, don’t, under any circumstance, mess with it. Such a rookie mistake I’ve seen time and time again to insert yourself into their world when they are ignoring you. Once they need something, they’ll tell you. They aren’t shy about that crap. Until then, let it ride. 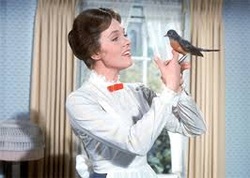 Make Everything a Game
Mary Poppins wasn’t a genius. She was just an overworked, underpaid nanny looking for a little alone time to sing to that bird. Not my first choice given a free moment, but to each their own. Mary taught us it is all how you sell it. So, make everything a game…a long, involved game that doesn’t require adult supervision. Like, hey, put on a show with costumes, scenery, and musical numbers! Rehearse…a lot. Or, hey, go on an adventure, like Dora. Keep in mind Dora went on adventures in the jungle, unsupervised, with a monkey, so I’m pretty sure your kids could manage a journey around your house without you.

Time Them
Getting dressed a problem? Need them to get their shoes on? Time them. We time everything. This little gem, so simple, yet, brilliant, will save you so many times you’ll wonder how you ever managed without it. You’re welcome.

Bribe Them
I’m not above it. I pay them to read in the summer. That’s right. Books for Bucks. Don’t judge. Chocolate chips are a great motivator for little ones and the only known way to corral children into the car for pre-school drop offs. Treats for a chunk of time uninterrupted is a kid terrorist negotiation I’m willing to make. Well played, children. Well played.

Embrace the TV
Everyone thinks kids are watching too much TV. Are you kidding me? That’s Tiger Mom, Helicopter Parent gibberish. TV is the greatest child raising invention, ever. There is so much TV Shaming going on in our society that we would rather admit to how many sexual partners we’ve had before admitting how much TV is being watched. I used to break out in a sweat at the doctor’s office when they started probing into our screen time. Now I just admit it with the double bird. I don’t actually give them the double bird, but I think it when that smug twenty-something nurse, with no kids, gives me her frowny face. You’ll see, I think, putting a curse on her. You’ll see.

Added bonus, TV is a great education. Our entire generation learned how to make-out watching The Love Boat. I learned not to take LSD when that girl jumped off the roof in that ABC After School Special. My kids are learning too. They learned about every “after-school special” hot button issue on the planet from Glee, not to mention an appreciation for Bohemian Rhapsody. TV is my parenting co-pilot. It’s okay. This is a safe zone. You know it’s yours too.

Other Parenting Options
Are there other, better, actually thought out parenting options? I’d imagine so. But, Helicopter Parents are suffocating their kids. Fighter Jet Escort Parents are guarding their precious baby’s air space like lunatics. And Tiger Moms? Please, I don’t even want to hear a violin let alone force my kid to play one. Parenting from the Couch just flexes a different set of parenting m 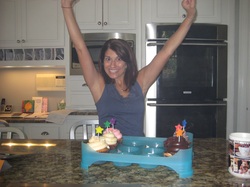 uscles, and it has the word “couch” in the name. Kind of a no-brainer. It believes that you are entitled to have a bit of a life while raising your kids, and your kids are entitled to work some stuff out without you breathing down their necks too. In the end they might actually go forth into the world without you and know how to make a sandwich or solve a problem or two. And then, finally, you can sit on the couch.

This site uses Akismet to reduce spam. Learn how your comment data is processed.

Send this to a friend

"Parenting from the Couch": https://www.mblazoned.com/parenting-from-the-couch/