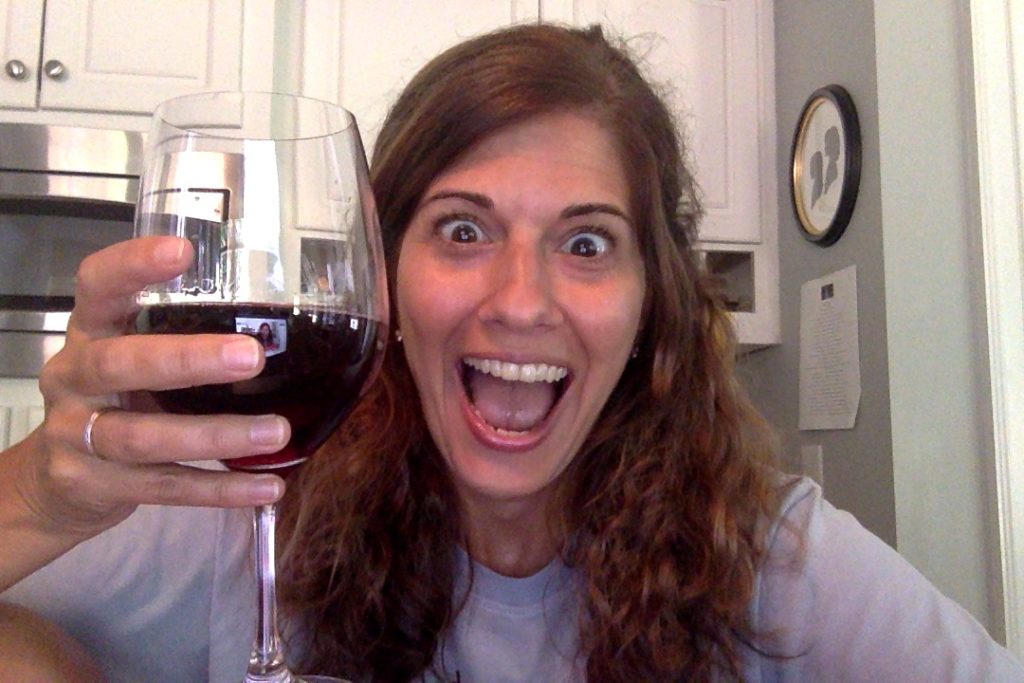 Did I say September was the worst? I might have to retract that and put May in the top spot. It’s two weeks until school gets out and, to put it lightly, and quote the Party Rockin Anthem by LMFAO, “Everyday I’m shuff-a-ling.’”

It’s 10:55pm and I’m sorting through my overgrown email inbox like a ninja with a machete in a dark and scary forest, because, yeah, that’s the best I can come up with for a simile at the moment. My email is jammed with everything from summer camp payments due, end of the year gifts, last day of school parties, sports banquets, ceremonies honoring this and that, inductions for that kid for something, freakin’ Field Day…don’t even get me started on how many of those I’ve been to. Let’s just say, I could have a Ph.D in Field Day by now.

And if you think I can keep all of these emails straight, you are mistaken. I honestly don’t even know which kid most of them refer to. One got invited to an end of the year pool party, but I don’t know which one. Can someone give me a clue in the message as to what grade we are talking about? I do still know which grade which kid is in. I’m hanging onto this.

In case you haven’t been following my life through my blog or get the pleasure of hearing me lament about this in person, I’m finishing up year two of three kids in three different schools. I’ve got a 10th, 8th and, lord help me, a 3rd grader. It’s a super fun-fest, especially in the beginning of the year and the end of the year when suddenly we have to put ourselves in a spastic frenzy of events and deadlines because, I don’t know, we collectively as a people have decided we hate free time?

For instance, tonight I got a text from a friend asking my how my daughter was available for a league tennis match on Saturday and not going to the high school tennis team party at the lake? Ah, the tennis team party at the lake…yes, that does ring a bell. Well, she’s also doing Relay for Life, so I guess I’ll just clone her in my spare time so she can do both…while playing the match. Ugh. But good thing my friend inquired because she casually said she’d see me at the tennis banquet, which reminded me that I hadn’t gotten any info other than the time. I panic. She forwards me the email and my email address is wrong! Now, three days before the blessed event I have not RSVPed and don’t even know if it’s too late. But whatevs. This is just one kid, mind you, over one weekend. I have two others I might not disappoint. The bar is low.

And I love that the end of the year is full of crafty projects because the kids are burnt out and unable to concentrate. I love putting together a Thomas Paine costume and some 18th century props. I love when my 8th grader has to make a solar powered engine, or something like that. I’m barely paying attention while she is probably Phineasing and Ferbing it in the backyard. “Sure I’ll sign for plutonium, just leave me alone!” End of the year projects are the seven levels of hell right here on earth. Is it seven levels or eleven? Probably eleven. That devil is an overachieving bastard.

And schools think they are being super helpful by emailing you every minute detail of the scheduling day. I promise you I don’t care if 7th period is moved to 2nd period due to testing. I assure you I won’t be in either period doing testing or not doing testing. Even the high school is sending out lengthy spreadsheets on the daily to let me know when every test is being taken. I seriously don’t even understand why I need this information. I want to reply every day and say, “Hey, thanks for sharing. I love how intimate things are between us. What are you wearing?” Just let me know if something needs to happen other than my kid being there at the start of school and leaving at the end of school, otherwise, I’m good.

The only time of the year I’m thankful my kids have zero musical ability is the end of the year. One less chorus concert I have to sit through like a petulant child contemplating why the choral director hates his audience so much he won’t pick even one recognizable, enjoyable selection in a language I speak. Add him to the list of people I want to punch in the face. Sorry, still suffering from A Requiem of Post Traumatic Chorus Concert Disorder.

And you know what else I love about the end of the year? Playoff tournaments because nothing says you can juggle three kids and three sports like, “Hey, not sure what time we are playing, who were are playing, or where we are playing.” Don’t worry. I’m flexible. I’ll just block off the rest of my life, and some of my afterlife, and hopefully that will suffice. Go team!

And then there are the dances. The dresses. The shoes. The accessories. Add in the graduations. Second verse, same as the first. And, the sports banquets. Just “John Jacob Jingleheimer Schmidt” it all day long. I swear, I don’t know how “she” does it and the she is me.

And like a good oxymoron, the end of the year offers no real ending at all, only a continual cycle of pain and suffering the likes of picking classes for next year, signing up for fall sports by June 6th, because that makes perfect sense, and trying to secure a parking space at the church near your high school because when they built it four years ago they failed to do the math about enrollment of students and needed parking spaces. Or maybe they did it using that new math we all love so much. Carry the five, or don’t, whatever.

Well, it’s May 12th and the spots at the church are all taken with a hefty waiting list, because I had the audacity to think I might be able to purchase a spot three months in advance of the first day of school. Nope. I’m as out of luck as you are if you are looking for a bathing suit in May; the few remaining size 0s bottoms and double-D tops are on the clearance rack, just behind the winter parkas. Have at it.

It’s a toss up on which is more labor intensive and maddening, the back to school stuff or the end of year madness. We could sit around and debate it if we didn’t have to shop for end of the year gifts. But I will say this, at least if you survive the back to school insanity you can look forward to your kids being out of the house for a decent chunk of the day.

Here’s the kicker about the end of the year madness, the big reward is now the kids are home all day every day. You can refer to my feelings on the joys of kids and summer in my blog, “An Open Letter To My Kids About Summer.” In short, good luck getting anything else done, especially if you work from home and smartly think, “I don’t need help, just a few camps.” That should end well.

As you face the end of school madness just remember in a few short weeks you’ll be standing in a Staples with a tattered school supply list feeling pretty sure that September is the Worst. But at least the bathing suits will be out for next summer!