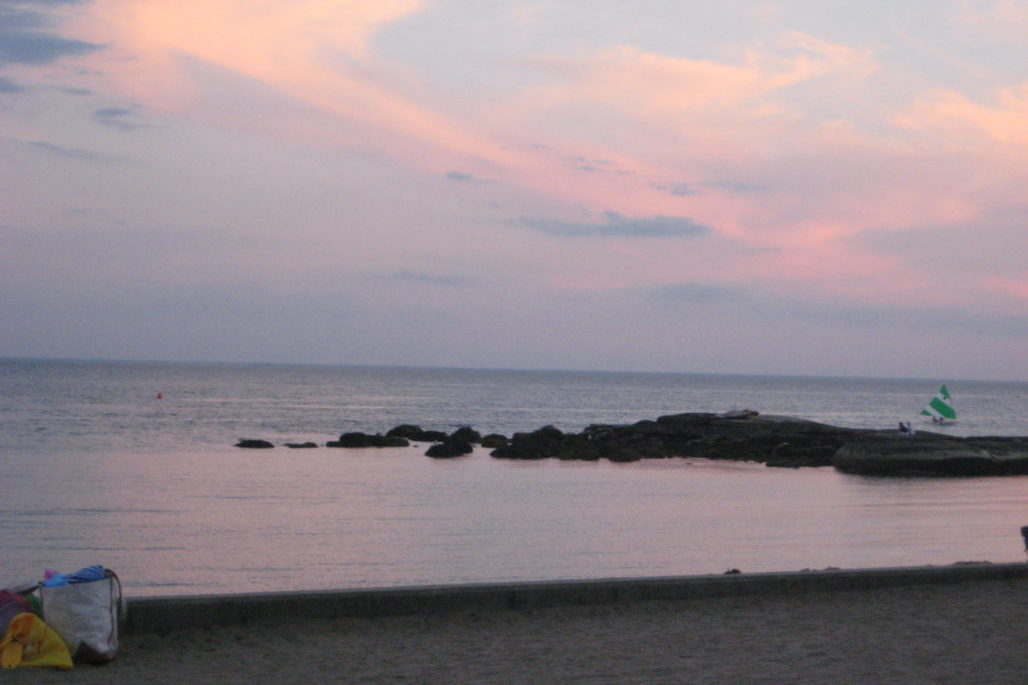 When I was growing up, July 4th was my favorite holiday. Forget the high holy days, or even the guaranteed full-size Snickers at that weird lady’s house down the street on Halloween. It was the Fourth of July I lived for.

I lived in a charming little beach town on the shoreline of Connecticut called, Madison. When I was a kid I didn’t know it was a charming little beach town. I thought it was just an ordinary town with a town beach…and didn’t everyone live somewhere like Madison? As I got older, I realized, no, not everyone lived in a town like Madison, but the ones who did were pretty damn lucky.

Ask anyone who grew up there and you’ll hear story after story of a town that was built on legend. Madison has a collective narrative of kids who seemed to all know each other, however impossible that was. At some point, you intersected with just about everyone in some relatively meaningful way. Within the confines of the laws of averages, it’s not at all possible, but somehow it’s true. We had a shared history that made no sense, other than it did. Madison was incestuous and insidious and we loved it.

Of all the days of living in Madison, none was quite as important or epic as July 4th. It was more than a day; it was an obsession. Planning for the 4th began as early as the last day of school in the end of June. It was then you started praying to the weather gods, or any god you believed in, for a day of clear skies and sunshine. Your entire social life and summer depended on it. Next to good weather, you needed good skin, a great bathing suit, and a cool cover-up for girls or t-shirts for boys. Relationships were made or destroyed on this day, you acted accordingly.

You see, anyone and everyone you wanted to see would be there. No guess work involved. No wondering what party they’d be at. If they’d be at Village Pizza or Friendly’s or the Wall or the Moon or the Field. The Surf Club on the Fourth of July was a sure thing. Friends, enemies, love interests, crushes, boyfriends, girlfriends…they would all be there from sunrise until sunset, giving you hours and hours of opportunity to tempt fate or rearrange your destiny.

The Fourth of July really began the night before, the 3rd. The festivities would kick-off with a concert on the green by the New Haven Symphony Orchestra. They played the best of classical music as it intersects with patriotic anthems and provided the Madison version of the Spanish Steps, “the place to see and be seen.” You could wander around, grabbing food and drink from the parents you knew, happy to have your stop by to visit. It was the warm-up for the headliner. Be cool. Act cool. Save it for the 4th.

July 4th started early. Those committed to location, location, location got to the Surf Club at sunrise to stake their claim on picnic tables. The best place? The spot right before the point that straddles the main beach and what we called the Boat Beach…where most of the teenagers converged. Once you secured your territory, it was parade time. By some unofficial town decree, all residents either had to be in the parade or watch the parade. The highlight was the DHHS marching band, clad awkwardly in their ill-fitting, unfashionable khakis and white button down, never disappointed in their rousing version of the school anthem, borrowed from Madison, Wisconsin, “On Wisconsin.” It made sense, sort of. And if you’re not humming it now, you didn’t grow up there.

Then it was time for the beach…at last. An entire day of cook-outs, snack bar food, including the unparalleled culinary perfection of the Fried Dough Pizza, and the must have wonder of the frozen Charleston Chew. Sure you might break a tooth, but it was worth it. Other popular choices? Razzles, Bottle Caps, and Sno-Cones. You got blue. You just did.

The beach day was long, sandy and salty. It might include a sail on a Sunfish if you were lucky enough to have a friend who kept one there, and were willing to haul the boat down to the beach. But it most likely would included a walk on The Rocks, where you gingerly stepped over rough barnacles with your tender bare feet, not yet toughened up for summer. If the tide started to come in, the lifeguards blew the whistle to warn you to come back. The Rocks were closed during high tide. You planned ahead.

As the sun started to set, it would quickly get colder, or maybe it was just the effect of your sunburn from that Baby Oil or Hawaiian Tropics oil you used to tan and glisten. Sunscreen? Not a chance in the 80s. You took one last cold outdoor shower and changed into clean shorts and a sweatshirt from a college you’d most likely never even been to, trying not to let your clean underwear fall onto the wet sandy bathroom floor. You looked cool. Sunkissed. Beachy.

And then you got to experience something that was rare…the beach being open (legally) after dark. Sure you’d sneak down to the beach when it was closed during your teenage years. Sometimes wandering innocently (?) from the lighted football field, just steps away from the beach. Or just a night with nothing to do when you ended up there, mostly waiting to get caught. Hell, even the best of Madison kids found themselves running in the dark through the adjacent golf course from the Madison police. Tough to tell a water hazard from a shadow of a sand trap, or so I’ve heard.

But on July 4th, the beach was open after dark. It was the perfect ending to the day. Fireworks over the moonlit water. If you were lucky (I don’t think I ever was), you had someone to cuddle up to and watch them with. Either way, it was magical. Sitting in the sand under a starlit sky, the moon shining down, watching the black night light up with spectacular colors, the echoing boom, and the requisite oohs and aahs. Your friends from those nights are probably still your friends today. The bonds formed in this town are hard to explain, lasting in a way that’s surprising in the best of ways.

Sigh. I don’t know. Maybe some of this is nostalgia. Maybe it’s nothing more than wistful memories romantically recalled by my forty-six year old self. Or maybe, just maybe, Madison, Connecticut was a special place to grow up and the magic was real. Maybe the people who shared my town, and inexplicably, a large portion of my childhood and who I am today, would agree that the legend of July 4th…the Surf Club, and the people we continue to intersect with beyond reason…isn’t exaggerated myth, but a true phenomenon none of us will soon forget. Happy 4th, my Madison friends. Thanks for the memories.

Vacation or Trip? A Helpful Guide for Parents

Post Views: 52,260
← Things I Want To Complain About That Make Me An AssholeWe Means You →