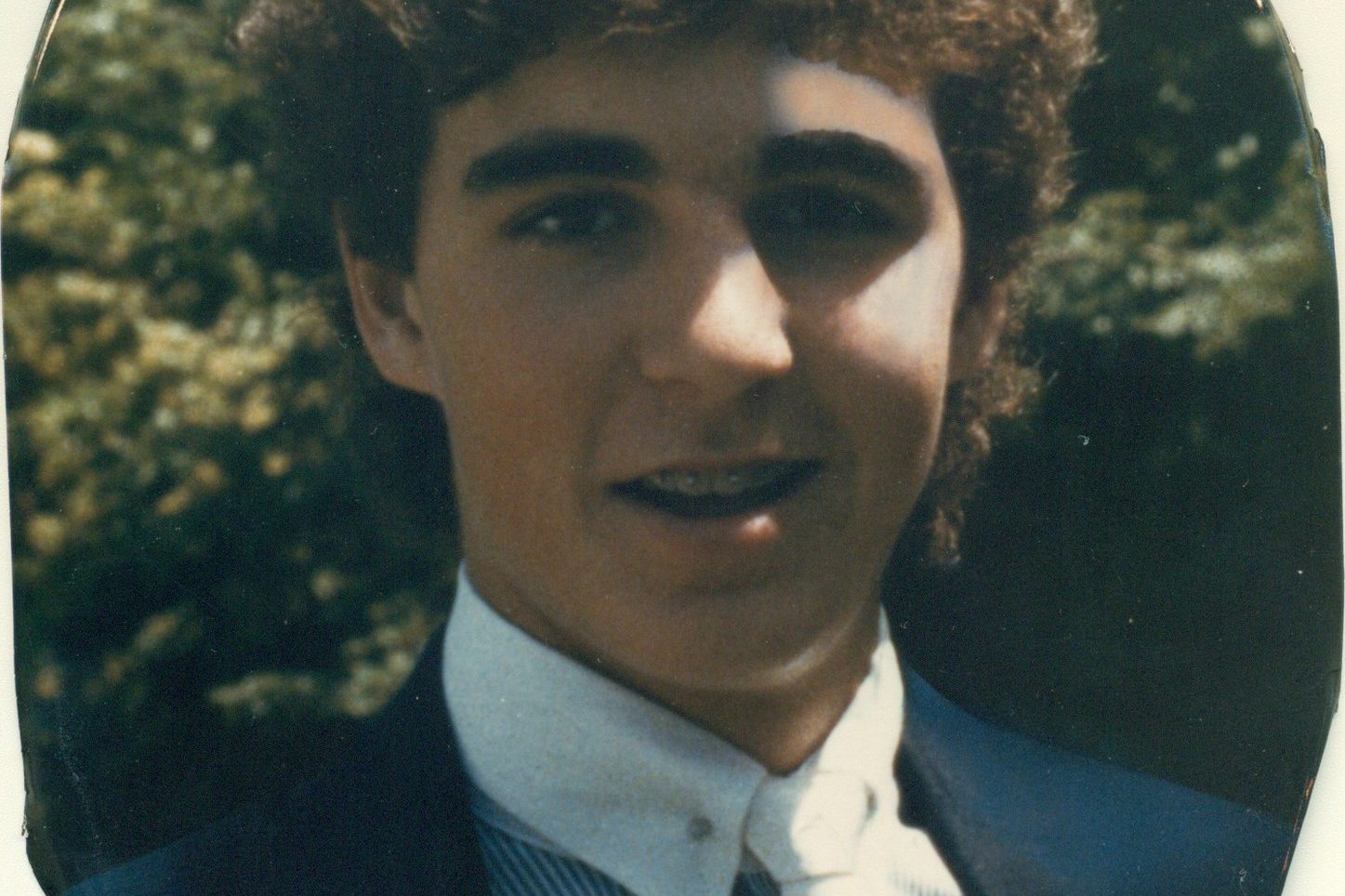 We weren’t doing anything wrong. We weren’t drinking or doing drugs. We were good kids hanging out on the last night of summer. But that Sunday night of Labor Day weekend 30 years ago ended in a way we never could have predicted.

It was eight kids in a Toyota pick-up truck versus an unforgivably curvy, country road. Two were up front and six of us were in the back. It was a beautiful summer night. We were young. We were having fun together. A ride anywhere with the breeze blowing back our hair was excitement enough for us.

Before we left I told my friend Brian that he and Peter had the safest seats. They were sitting against the truck cab window below the roll bar. I don’t even know why I said it. But I’d never forget what Brian said. He said he’d switch with me.

I had known Brian since we were five years old. He was nice. I mean it. Nice. In every way a boy could be nice. There was something innately good about him. Ask anyone. I knew he’d switch with me. Of course he would. But, I said I was fine. Maybe because I didn’t want to seem scared or make him move. He seemed happy next to Peter. Besides, what did it matter? We were going for a short ride.

Only it did matter. It’s why I’m writing this and Brian has been gone for 30 years.

But what you’ll really never forget is the silence. Once the truck came to the final landing spot, there was silence. A quiet from briefly losing consciousness, maybe, but no. The quiet was this lag of time where the accident was over, but the speed of life hadn’t caught up to it yet. As if it was too horrible for life to recognize it just yet, so it waited to collect itself. You’ll never forget that, just briefly, the world stopped spinning.

Then life catches up. The quiet is invaded by sirens, shouts, neighbors coming to help, and screams for help from a friend pinned under the truck. Chaos.

I try to get up but there is something heavy on me. I’m moved by an EMT, who, without hesitation, slices the legs of my pants with a knife. There is talk about the blood. Too much blood. On my clothes, in my hair. I have no real sense of my condition, but I don’t feel like I’m bleeding out. And I’m not. The blood is not mine. It is Brian’s. He is what was on top of me.

Brian. That beautiful boy with the bushy brown hair and dark brown eyes with the insanely long lashes who played hockey and loved his family and his friends. Brian who asked me to a boy-girl party in fourth grade while we finished our ice cream on the stage of High Hill Elementary school on a Friday, making me feel like the luckiest girl in the world. Brian who patiently taught me how to jet ski at Camp Laurelwood and could dance ridiculously well and who seemed to always have a smile on his face. Brian.

I’d be okay. I was not even all that hurt. Broken ribs. Broken wrist with road burn so deep it couldn’t be in a cast. Two other friends from the back would be okay too. And miraculously, after months in the hospital and a grueling recovering process, our friend who somehow took the weight of that truck on her hips, recovered. To this day I will never understand how she survived the accident and her injuries, but every single time I see her I appreciate the wonder that she is.

The two boys in the cab of the truck were okay too, only they weren’t. How could they be? They saw everything. My friend driving the truck treasured his friends, and Brian was his best friend. He never wanted to hurt anyone. I love him dearly and think about all he lost that night, pieces of himself maybe. How quietly and bravely he shouldered that burden. No one walked away unscathed.

Brian wasn’t the only one to die that night. Another boy, a year older, died instantly too. I didn’t know Peter well, but he seemed like a really good person too, dearly loved by his friends and family. I’ve never been able to reconcile how unlikely it was that he was with us that night. And how difficult that must be for his family and friends. The rest of us were good friends for many years. I always felt like Peter shouldn’t have been there, as if it mattered to think this way, as if any of it made sense or I got a say.

That’s really the lesson. Cheating death is random, based on a million small inconsequential decisions that were made that day, that night. I’ve thought about what would have happened if I did switch places with Brian. Would he have been haunted by offering up his seat if I had been the one to die? Trying to find some rhyme or reason to any of it is futile and will drive you mad.

You also learn quickly that there are no do overs. As much as you dream of a time machine that changes the course of events that night, you don’t get one. You can change nothing about what happened. You learn how unexpected death is. How one minute you can be having fun and the next you are certain you are going to die.

You start to understand the physics of death. You know that the way the truck flipped and where we were sitting made a huge difference. One seat meant instant death. One meant the truck landed on you. One meant you rolled out fairly unscathed. This will stay with you.

For many years after, I thought about every single tiny decision I made. I thought a lot about where I sat in a car, what roads we were on, how fast we were driving. For years I couldn’t switch my seat on a plane, or anywhere, ever. I thought through every possible thing that could go wrong before I did anything. I tried so hard to be sure I didn’t give death the opportunity to sweep in and finish what it started when I was fifteen years old. But it was a waste of time.

Ultimately, cheating death makes you realize that death is there, all the time, as a possibility. You know that it can happen to you. You know it without doubt. And instead of letting it breaking you, you let it empower you. You get that life is short, but more than that, it can end when you least expect it. Most people can only intellectualize this idea, whereas we, the survivors of accidents, the cheaters of death, feel it in our bones. And somehow that has made me more fearless, more curious, more open to experience life fully, just in case I end up in the wrong seat.

The anniversary of this accident always weighs heavily on me, thinking of Peter and Brian and their families, always…along with all of us in that truck. But this year it’s particularly personal. My oldest child is a sophomore in high school, fifteen years old, the same age I was the night of that accident. I see my daughter and can’t believe we were that young, that I was that young when this happened to me. How my life has been colored by this one night, this one ride, this one moment in time.

I’m grateful for the 30 years I’ve been borrowing from death, from Brian, from Peter, from deciding to stay in my spot in the truck, from the physics of the accident working out so I made it out alive. I’d be lying if I said I had some great understanding of the universe or why I’m still here. I don’t. And it doesn’t matter anyway. No understanding or lessons learned can change the fact that I still think of Brian and miss him. His wild hair, his gorgeous brown eyes, his love of life, his positive personality, his exuberance, his warm smile, and his kind, kind heart. The only thing I know for sure is that his light is too bright to ever go out.

Post Views: 73,950
← The Six Fighting Words All Couples Know and HateSeptember is the Worst →