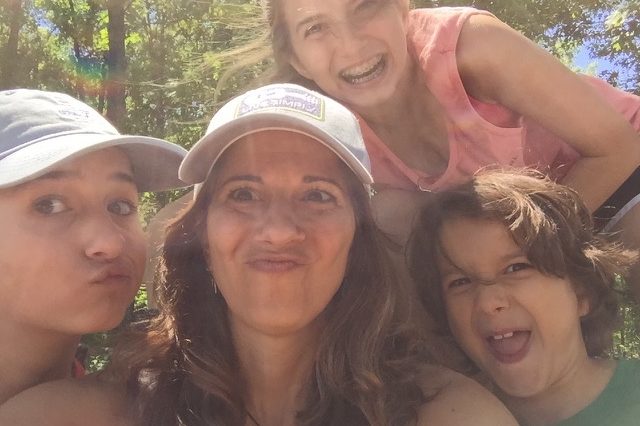 You know how when you were growing up you said you’d never be like one of those out of touch parents? Even when you had your kids you vowed you’d never be so unoriginal and lazy that you’d rely on age-old parental drivel that doesn’t even make sense. There were even phrases you swore you would never utter, under any circumstances. Well, I just said them all tonight, and I meant them.

People are Starving
Yup. I said it. I survived 16 years of parenting before I succumbed to letting that piece of work bullshit rant out of my mouth. Yeah, it’s BS because, duh, yes, people are starving and it’s incredibly upsetting, but a ten year old can’t connect why he has to eat this soggy chicken quesadilla because of some random person in some country he’s never heard of is in a circumstance he can’t even imagine. And, let’s be honest, I’m not angry with him for not eating because I’m suddenly compassionate about global starvation and want to bring it to the forefront of our nighttime family dynamic. I’m just mad as hell at him because he’s having this attitude about the dinner put in front of him. The reason you vowed never to say this is it’s insincere and an exploitation of a real and horrific problem to satisfy some weirdio need for your kid to be guilted into eating something he hates. He cried, by the way. So, you can see it was very effective.

I Don’t Like Your Attitude
Forget last night, this one I’ve said so often lately I’m starting to want the Mom Jeans that go with it. Nothing pairs as nicely with a good ol’ fashioned, “I don’t like your attitude” like some high waisted, camel-toe hugging, high-water, light blue jeans. It’s just so wonderfully vague and ineffective. It’s like the perfect out of touch parent thing to say. All that said, the truth is, I don’t like their attitude, any of them. Their attitudes suck. But to say that is really only for my benefit and personal satisfaction. It makes me feel like I’ve done something, something important. I’ve drawn some kind of line in the sand by not liking their attitude and they are really going to have to think about that. But trust me, the effect is always the same, saying it will only give you some twisted relief while doing absolutely nothing to change anything.

Why Don’t You Think About That?
After all mad parental rantings, good parents know you should pause, get back to doing something you hate, like loading the dishwasher, do that with overly exaggerated spite, and then stop dramatically and turn to them and add, “Why don’t you think about that?” It’s like the ultimate in “that parent” last words. The kid just sits there and thinks, Yeah, I’m just going to keep my head down, shut up, and try to get to the safety of my room as soon as possible. It doesn’t matter because once you break the “that parent” seal, you go all in on feeling like you are making sense, and progress. I highly recommend following up, “Why don’t you think about that” with some loud muttering about how you can’t even imagine if you did x, y, and z when you were a kid, even though you did, duh. Punctuate it with a “huh” every now and again and delude yourself into believing your kid is actually quietly reflecting on your life lesson and not working hard not to stay off your radar until they can escape.

You Think I Don’t Know What You Are Doing In There?
Yeah, I know they aren’t studying their hearts out because the cruel school gives them too much homework. I know they are texting on their group chats and watching Friends on their computer. I know. Oh, I know. Last night I lobbed this empty threat of nothingness at them when they give me snark about helping out because they have sooo much work to do. As they came out to help, I just kept muttering different versions of this under my breath. Oh I know. You think I don’t. Well, I know. How dumb do they think? Oh, I know. I ignore how utterly entertained they are by my psychotic break and go for gold and mutter, “Just wait until you have your own kids.” Winning.

Just Wait Until You Have Your Own Kids
Yup. It’s the mack-daddy of parental gibberish you promised you’d never say. But it’s true…it’s so true. I have wild fantasies about this. Stopping by and hearing them lament their kid’s messy room, or how they leave their dishes in the sink, or how they lied about hitting the car, while I drink a piña colada and smile under my sun hat with my toes in the sand. I don’t know why in this fantasy I’m on a tropical beach vacation while also at their house, but it’s my fantasy, dammit! And, here’s another promise I’m going to make and then probably break…I’m not going to say, “Oh just let them be. They grow so fast.” I’m going to say, “Hahahahaha.” Followed by “Bahahahahahahaha.” And just enjoy it sooooo much.

Why Did We Even Have Kids?
I don’t know a single good parent who would say this out loud, except everyone I know. Yeah, it sounds harsh, I know, and if anyone told me I’d think this, let alone articulate it, loudly, I’d assure them I’d never be “that parent.” We tried desperately to get pregnant and there is nothing that could ever make me forget that. Well, as it turns out, nothing but having three kids. The longer you are a parent, the stronger the desire to say this phrase becomes. You can’t fight it. Because this wonderful, evil phrase, passed down by parents from generation to generation since the dawn of parenting, is basically just a flip thing you say that you don’t mean at all, but is this powerful watershed of confession that releases all the toxins having kids has built up in your body. At first you think it. Then you share it quietly with your spouse at night. As they get older, it’s just another hit song in your mid-life crisis parenting meltdown repertoire. And, if you think you are hurting your kids with this, relax. They aren’t some afterschool special kids who turn to LSD because mommy and daddy find them frustrating and annoying. They are your kids, they know you love them madly, and they get you. My kids? Please, I hear them snickering when I lose my shit and let this bad boy fly. Their biggest inner battle when it comes to my saying, “Why did we even have kids?” is not to laugh too loudly. And like I always say, Therapist’s kids need to go to college too. So don’t sweat it.

Some nights, I sail through this parenting thing like the parent I want to be. Some nights my husband is the one in “that parent” crisis. But we both try to be understanding, patient, and really work not to fall back on the tired conventions of being some authoritarian parent, because that’s not why we had kids. I’ve never seen myself as parental royalty immune to question, or some dictator strong-arming my underlings into obeying me. But other nights, man, I become possessed by how easy it is just to be “that parent.” That stodgy, old, out of touch, lazy parent who says things like, “Because I said so,” and thinks that’s a good argument. Last night? I thought “because I said so” was like the most eloquently spoken, poetically conceived, highest form of parenting philosophy ever invented. And I said it.