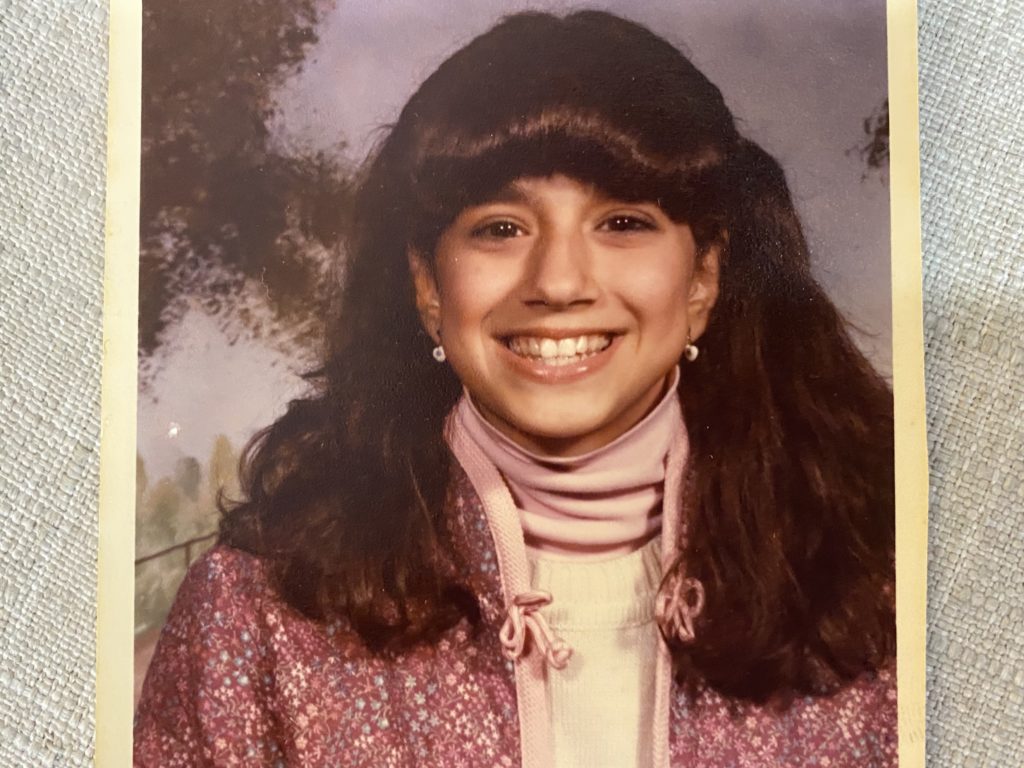 If the title of this doesn’t instantly traumatize you, you probably weren’t a teenager in the 80s. I don’t know a single person who grew up in the 80s who liked middle school. Or at least a single girl. I really had no idea what the boys were up to, other than not being into me, which pretty much seemed like an all-consuming job.

When I think back to my middle school experience, the very idea that this was a place of education run by educators seems hard to believe. We saw little evidence of anyone in charge having ever taken a single course on the psyche of the developing adolescent. If you told us it was all some kind of government experiment designed to test the resilience of awkward pre-teens, we would not be surprised, in fact, it would make so many things finally make sense.

Gym
Take gym class. Yeah. We didn’t call it Physical Education in the 80s. To insert education into its description would be an insult to the very concept of teaching. Nope. We named it for the arena of doom it took place in. Twice a week we were thrown into the gladiator-like battle to determine our worth in the pecking order of this puberty purgatory.

It wasn’t a subtle form of shame, but rather in your face, line up against the wall and let the popular, athletic captains show you just how pathetic you were, one pick at a time. Your reward for surviving the abject humiliation of team selection was an almost immediate, literal slap in the face by what can only be described as the hardest rubber ball on the free-market.

Let’s be clear, dodgeball of the 80s was not the same as it is today. What are these soft, smooth balls they use now? Please. We had one type of ball for everything. A playground ball, bitch. Made of industrial strength rubber with added texture so it would leave a mark. The 80s didn’t care if you lived or died, and neither did your gym teacher. Never once did they question if this method of choosing teams or barbaric game had any place in education. Nah. They went full-on Lord of the Flies with no apology.

Bullying
And if you liked gym, I’ve got news for you, you were probably a bully. It’s not your fault you don’t know this. We didn’t call them bullies in 80s middle school, they were just popular kids. Ah, simpler times.

I’m not saying the administration turned a blind eye, but I’ll tell you this, we sure as shit didn’t have any of these fancy anti-bullying campaigns. Hell, our teachers were some of our most aggressive bullies, drunk on the power of getting in with the cool kids.

There was basically an unspoken agreement that the popular kids ruled and the rest of us were at their mercy, teachers included. So, teachers saved themselves and sacrificed the weakest among us. I get it. It was the 80s. There were no real rules. I’m not entirely sure teenagers were considered fully human yet.

Mark Hinsen
And speaking of not fully human, do you remember Mark Hinsen? You know exactly who I mean. Sure it was a different town, a different school, and a different name, but Mark Hinsen wasn’t a specific person so much as the embodiment of all your worst middle school nightmares. Who among us can forget their encounter with the popular kid who was left to roam the school freely dishing out relentless harassment?

Mark Hinsen once spent an entire bus ride just sort of impressively dedicated to humiliating me and the boy who I was “going out” with. With great commitment, he assaulted us like it was his job with a litany of offensive sexual insults I didn’t even understand. If you told me I was being bullied I would have been confused. Surely, I had it coming for being lower on the popularity food chain. We didn’t question our place in the hierarchy. Who would have cared?

Cancel Culture
I have to laugh when people act like cancel culture is some new concept. They clearly did not go to middle school in the 80s. Hell, you could be cancelled multiple times in one day, and not in response to anything you did wrong. Nope. You were just minding your business, walking the halls, living your best life, and, bam, cancelled.

You wore Wranglers and not Levis? No question. Cancelled. You listened to pop music and not classic rock. So, so, cancelled. I resorted to a decoy bumper sticker of a cool classic rock radio station on my book cover. Oh, and how you covered your books was a fully cancellable act. Quirky individualism wasn’t a thing. You conformed or you were cancelled with your only recourse being to join the theater department, where no one had any power to cancel anyone else. Bless.

The Phone
If you think for one minute we didn’t know when we were being left out in middle school in the 80s because we didn’t have social media, please. You’ve severely underestimated the power of the phone. Our “friends” would call us to let us know about the party we weren’t invited to…sometimes during the party…as sort of a fun party game!

I remember once getting a call from a friend to tell me not to feel bad that I wasn’t included because she only invited her friends with boyfriends. Umm, thanks? The passive aggressive diss, not to mention the reminder that boys didn’t like me, gave me a new appreciation for Mark Hinsen’s honest aggressive aggressive evisceration.

Total Phone
At some point during the 80s middle school years, Total Phone was invented and this three-way calling technology of the devil was immediately weaponized. You could now listen in secretly to conversations, ushering in the brutal reign of dangerous liaisons. Who could you trust?

Turns out, no one.

I once had the bright idea that I would have my friend call the boy I liked to see if he liked me while I secretly listened in. What could go wrong? Welp, for starters, he didn’t. Ouch. Then he went on to ask my friend out. Double ouch. Then she said yes. Oh, for fuckssake! 36+ years I’m still not over it.

PTSD
I think that is really the hallmark of middle school in the 80s…it was indelible. These experiences were intense and shaped you so profoundly you never fully recovered. Look, I don’t know why I don’t like Tom Brady, but I’m certain it’s somehow connected to my 80s middle school PTSD, like just about everything else.

Instead of seeing this as a negative, let’s take comfort in knowing that no matter how badly atrophied your brain gets, you’ll hear the words Mark Hinsen and be right back on that bus, super excited you can remember anything at all.

Follow me on Facebook for more of my thoughts on life, parenting, marriage, and the “joy” of being middle aged. I’m also on Instagram and Twitter! For more fun reads, check out my Viral Blogs!

"Middle School in the 80s": https://www.mblazoned.com/middle-school-in-the-80s/