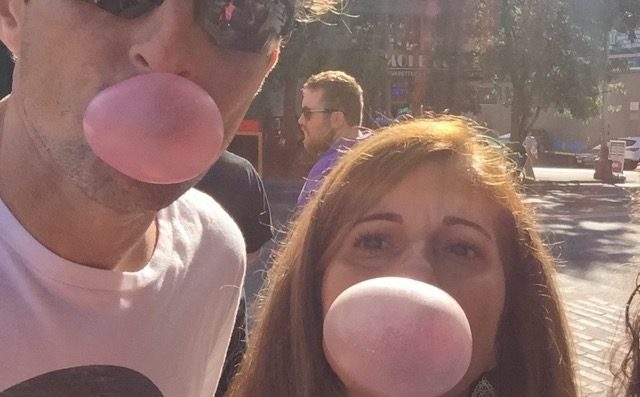 After being married for two decades, I’ve noticed a couple of things about arguing with my husband. Probably the most surprising thing is the complete lack of variety. We basically have four arguments that we recycle over and over and over again, with no resolution in sight. One of them is about how to make beef stew, I kid you not. We both have the script and, for reasons we can’t explain, we feel the need to give it a go every now and again.

The other fascinating thing is that it’s not the outrageously offensive words that send us out of our minds and escalate our discussions into full-blown battles. Nope. It’s six seemingly inert words that can take a regular old argument and send it careening into another dimension of time and hate. I call them, the fighting words.

Nothing. Seriously. Whatever. Nevermind. Fine. Chill-out

You know them. You hate them. But you use them. And you get them used on you. Forget gender stereotypes. Women don’t have the monopoly on “nothing” and men don’t have the rights to “chill-out.” Although my favorite is easily “nevermind” and my husband has a wicked “whatever” that can melt the layers of skin right off my face. We are all jerks.

NOTHING
Of all the fighting words, I call this one “the gateway” fighting word. Once “nothing” comes out it unleashes the other fighting words. A “nothing” is always in response to “What’s wrong?” And that’s the problem right there…you don’t know what’s wrong. Clearly, the fight is already brewing. You know it. They know it. You’re both just waiting for the sucker to actually ask the question. And everyone, even you, knows that “nothing” universally means, something. But what “nothing” really means is this: “You know that I know that you know damn well what’s the matter.” At this point you’re trapped. If you don’t know what’s the matter, well, you are an insensitive idiot. If you do know what’s the matter, chances are you caused it. Good luck with that.

SERIOUSLY?
When used as a question with a desperately irritated tone, “seriously” can make even the calmest of partners freak the hell out. You see, they were being serious. What you are actually saying is this: “You can’t possibly mean the thing you just said because it was so stupid and/or thoughtless that only a jackass without a working brain would say it to me.” But, that’s a mouthful. So, instead, a wide-eyed “seriously??” will escalate the argument quite nicely. Well done. But, be prepared for a “chill-out” or, maybe even a “whatever.” You totally have it coming.

WHATEVER
Ah, “whatever.” It’s definitely a crowd favorite. Am I right? “Whatever” has the ability to cut right through the already frayed nerves of your partner and quickly unravel years of pent up hostility. This is because it’s a totally dickish word used to marginalize the feelings of your partner, while simultaneously showing them your complete disregard for reaching a resolution. You’d like to imagine you are above using a “whatever” but you’re not. It’s too effective. And if you think a “whatever” will end the argument, think again. I’ve never meet a person strong enough to walk away from a “whatever.” If you throw one out or get one thrown at you, be prepared. Shit is about to get real.

NEVERMIND
At first glance, you might confuse “nevermind” with “nothing.” This is a rookie mistake. “Nevermind” is a hybrid of “nothing” and “whatever,” making it one of the most powerful and dangerous of the fighting words. Where “nothing” makes you guess what’s the matter, “nevermind” doesn’t screw around. It boldly says: “Yeah, something is wrong all right, but I can’t even be bothered to explain it to you because you are not bright enough to comprehend it, so I am exiting the conversation.” Oh, it’s good.

Little Known Fact: “Nevermind” can be as effective when you are right as when you are wrong. Yup. Kinda crazy, but sometimes you’re not right.

FINE
“Fine” shares the same dismissive properties as “whatever” but it is much more manipulative. It’s actually a mock capitulation. You are doing what is most crafty and, I won’t lie, most impressive, in an argument. You are letting them have the last say on the topic without saying you agree. You are effectively saying: “You’re not right, but at this point I can’t stand the sound of your voice, so, we are done here.” Good stuff. And what it lacks in escalating the argument, it makes up for in years of simmering resentment.

Helpful Tip: A “fine” in response to a “fine” is one of the only known ways to end an unresolvable argument, and still have time to grab dinner.

CHILL-OUT
Don’t tell me to chill-out should probably be on my tombstone. It’s my number one trigger word. To tell someone upset about anything, and I don’t care what it is, to “chill-out” is to take your life in your own hands. Nothing — not “whatever,” not “nevermind,” not “seriously,” not even “nothing” — can send your partner into a complete freak out like telling him or her to chill-out. The only two appropriate responses to “chill out” are “Don’t tell me what to do.” And/or “Bite me.” Both responses are well deserved and the partner who uttered the chill-out should have known this is where it would end and probably start looking for an apartment.

GOOD NEWS
The good news is that some couples don’t argue. They are wrapped in a loving embrace of understanding and constant affection for each other at all times. To them, I say, good for you…and please don’t write me hateful comments. We all agree you’re better than us. To the other 99.9% of couples, who, at the very least, have been roommates for many, many years and have the occasional healthy disagreement the way humans do, there is some good news. Understanding the complexities and nuances of the fighting words means you can shorten your arguments by simply using the six words. It saves time and perhaps you can even have a good laugh about how predictably boring your disagreements are getting.

*Your four arguments are unresolvable, so maybe cut your losses and go see a movie.