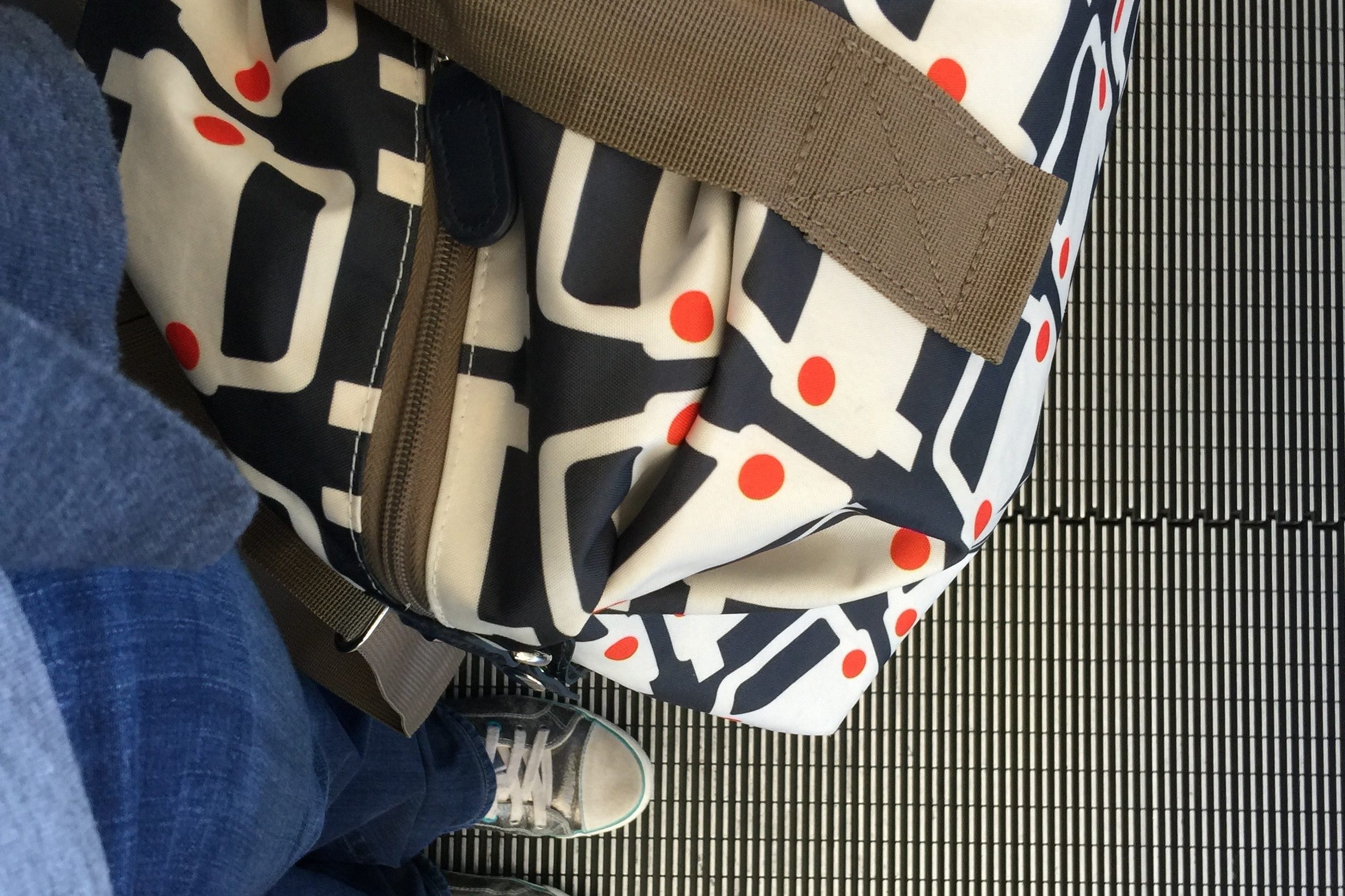 So, I’m going to India. Such a simple sentence but I can assure you there has been nothing simple about it. It’s freakin’ India. That’s why I’m writing a pre-blog about it – so you don’t read the post-blog that makes it seem la-dee-dah that I travelled half way around the world to a mystical country like a rock star. I’m not a rock star. This is big deal for me in so many ways and I’ve discovered that getting there is half the enlightenment.

To understand how insanely crazy it is that I, M. Blazoned, am going to freakin’ India, you’d have to start with my childhood, which was anything but exotic and privileged. Let me take you back to the first “vacation” I can remember. I was seven. We went to Disney World. Sounds good, right? Wrong. We drove. And when I say “drove” let me explain that we made the Connecticut to Florida 24-hour drive in a makeshift camper, the kind of camper that is questionably fastened to the back of a pick-up truck with, I don’t know, bungee cords, maybe? But that didn’t stop my parents from making the trip with their three kids free wheeling it in the back. 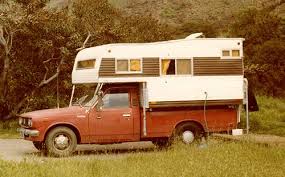 Yup. In the back of the barely attached camper thing with no direct communication with them other than that window in between our death camper extension and their comfort cab. It was a typical Lord of the Flies situation 70s childhoods were made of. We would hold up signs that said, “We have to pee” for what seemed like hours until they saw them. But, to the credit and unbelievable dumb luck of 70s parenting, we made it there alive and spent the week camping and going to Disney World. Not bad, except for all the fighting my parents did. It should probably not have come as much of a surprise that shortly after we returned they got divorced.

Yeah. I was not a world traveller. And by all accounts should have sworn off traveling from PTSD after that doozy. And yet, I didn’t. What does all this have to do with me going to India? Well, growing up we didn’t have funds for (m)any vacations. This was compounded by the fact that almost every kid I grew up with had a father who was a pilot and they went everywhere. I developed such travel envy it hurt. I once cried all the way to the airport to drop off my boyfriend for his trip to Amsterdam. After that, I made a decision to travel as much as possible. And thus began my wanderlust.

India has long been calling me. Why? It’s a good question because when you tell people you are going to India they have a strong reaction. Some are thrilled and even envious. Others just widened their eyes and tell you how they would never, ever, ever go to India and question your sanity by asking you if you’ve heard about the pollution and poverty. I have, actually, but thanks for sharing.

Still, if you know anything about India it is a huge country with gorgeous traditions and an endless amount of contradictions. If you know anything about me, I’m a beautiful mess of contradictions too. I guess I feel like I’ll make sense there. When I think of India, I don’t think of a destination, I think of a journey. I’m not entirely sure why. Maybe it’s the books I’ve read and the movies I’ve seen that make me imagine India as a place to challenge your beliefs, open yourself up to humanity, and find yourself through the beauty of a country embracing the future, but holding fast to the past. I knew I had to see the Taj Mahal in this lifetime. I knew I had to step into the outer chaos and the contrasting promise of inner peace that is India. And so, I am going to freakin’ India.

But, I can’t leave without telling you about preparing for India, because quite honestly the journey started for me when my husband suggested we meet there after his work trip. Sounds romantic, right? And, to his credit, it was. He is well aware of my longing to go to India and it was really sweet that he saw a chance to help me make my dream come true. But, and here’s what you need to understand, I fucking panicked.
Yup. I don’t want anyone, for one minute, thinking that I was like, “Cool, I’m going to India. This is going to be amazing and I’m so chill about it.” Not even close. I tell my husband that, but I don’t tell anyone about the trip. I spend two full weeks in a quiet and complete freak out. I wake up at 2am most nights thinking, “I’m not fucking going to India. It’s to far away from my kids. It’s too chaotic. The culture shock is too much.” I have these thoughts and don’t tell anyone because what kind of an asshole dreams of going to India and then balks? Seemingly, me.

One day I’m up at 2am and I have a heart-to-heart with myself. I step outside myself and think about how I want to see myself, who I want to be. I think about all the things that could happen. I think about how fear is the goddamn enemy. I think about how I’m probably going to die in my mid-sixties like my dad, so I better get to work on seeing the world. I fall asleep soundly. I wake up, grab ye olde laptop and start looking into India. Not the India of my fantasies, but the real India. Where do you? What do you see? Where do you stay? With all of this information I start to feel empowered. I realize quickly that this isn’t a country you can go to and wing it, like the Europe backpacking days. I do hours and hours of research, poll Indian friends and find to my surprise hell, I can do this. I book a tour. I book a flight. I shout to my empty house that I am the world’s greatest adventure! 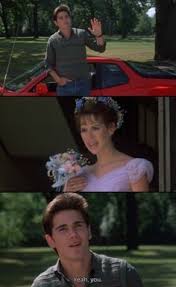 When I do tell my friends I’m going to India, two things happen. My BFF she says simply, “You are really brave.” I think about that a lot. I love this. Her words, as usual, empower me. Then another friend sends me a few other friends a video at Christmas talking about what she admires about each of us. When she gets to me she says that I’m brave and courageous. I stop and wonder who she’s talking about. I do a mental version of Sixteen Candles when Samantha sees Jack Ryan wave to her outside the church and looks behind her and mouths, “Me?” And he says, “Yeah, you.” But, I can’t deny the fact that two people I love have told me I’m brave and courageous, so I do a non-Meredith and decide to believe it. Well, sort of.

I’d like to tell you that this is where my doubts and fears end, but please, have you met me? They don’t magically disappear, but they do get diluted when mixed with this powerful sense of excitement I have to be going to this new and exotic place. I alternate between wanting to cry when I kiss my kids goodnight and beaming when I think of how lucky I am to have gone from the camper of death divorce Disney trip girl to the I’m going to freakin’ India woman.

As the trip approaches, I’ve made peace with going to India. My mantra is, “I’m here because it’s different” and I truly feel that way. Yes, there will be culture shock and things my brain has yet to experience and categorize…but isn’t that why I wanted to go in the first place?

The one part that is still tough is missing my kids. Yes, this overly exhausted, fed-up, sarcastic Default Parent has a very hard time leaving her kids, especially being so far away. I love them so much it hurts. But I also want them to see the rewards of pushing past fear, embracing opportunities, and a blueprint for following their journey all over this great big world. I love the contradiction of this, of me, of India. And so…I’m off. I’m going to freakin’ India.