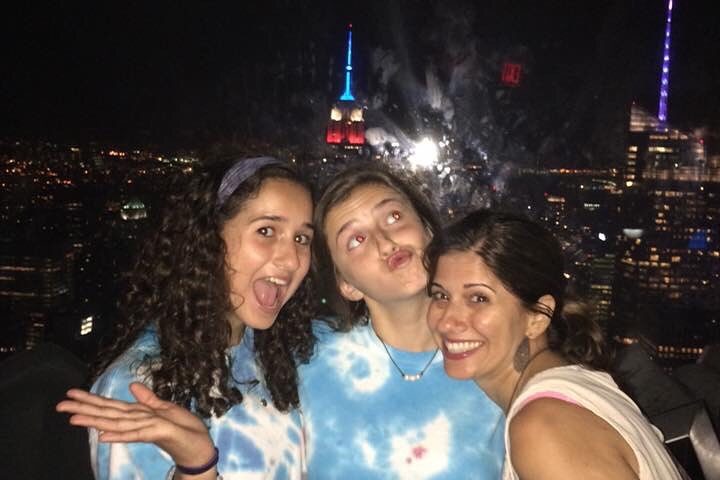 I happen to love teenagers. Both the ones I’ve worked with for years and, most of the time, my own. I know, I know. I thought I was supposed to loathe them too. It’s confusing. But, my dirty little secret is that I don’t. Dare I say, I kind of think they rule? This might have something to do with the fact that I will forever see myself as seventeen. Why? I don’t know. But, I relate to teenagers even though I was supposed to get older and lose touch with their struggles and awesomeness and find them lazy and entitled little shits like the cliché of middle-aged parents who lament how rotten kids are today.

Believe me, I have my moments where I think they are clueless and know nothing about the “real world.” But I quickly remember that, not only is the world of teenagers real, it’s terrifying as fuck. It’s so smug to diminish anyone’s reality, including your teenager’s reality. And teens know it and that’s why they roll their eyes at us a lot. Sometimes we deserve it.

In general, teenagers today are way better people than we were at their age. I grew up in the 70s and 80s, affectionately known as the John Hughes movie years. Without the advances of holding a computer in our hands at all time, our world was small, as small as our town, as small as the importance of your Sixteen Candles version of Jake Ryan liking you, or dealing with that d-bag popular kid Steff from Pretty in Pink. Sure we had problems, but nothing an all-day Breakfast Club detention couldn’t fix. And our biggest contribution to helping humanity was buying the single of “We are the World,” and, even then, most of us taped it off the radio.

Teenagers today? They are global citizens of the world. They volunteer in the community on the reg. They spend school vacations going on mission trips to third world nations we wouldn’t have been able to locate on a map. They show up on Saturdays to clean up the school grounds. What in the world? Where we had commercials begging us not to litter, they wash their garbage and recycle it. And they think about their futures and take their studies way more seriously than we ever did. Yup. Even your kid that you think is blowing off studying? Yeah, he studies more than we ever did. These kids eat healthy. I grew up thinking McDonald’s a treat for a special night out. My kids have refused to eat McyDs since they learned about nutrition in 4th grade. God, sometimes I’m like, stop studying, eat some crap food, daydream about Jake Ryan, and maybe not think about the plight of the world for like an hour! (But don’t litter. Litterers are the worst kind of people on the planet.)

I think this is why I can’t stomach it when I hear some middle aged jerk with thinning hair step out of his Range Rover going on and on about how kids today are too soft or will never be successful. I have to stop them. I have to defend teenagers because, yes, they are teenagers and that does allow for a certain amount of lacking in life lessons and an overconfident sense they know everything, but really the only reason people beat up on them is they are super, mega jealous. They see their youth, exuberance, and laid back outlook about their future and all the Range Rovers and Rogaine in the world can’t give them another crack at how totally awesome it would be to be young and clueless with it all ahead of you.

I think the world would be a happier place if we all accepted that teenagers collectively are the closest to awesome of any age group on the planet. And what makes them so freakin’ great is that they are this beautifully complex combination of endless contradictions.

Teenagers are a mix of jaded and hopeful, stupid and smart, disinterested and passionate, clueless and driven, helpless and powerful, unsure of themselves and totally sure. They have no answers except for knowing everything. Life to a teenager is unwritten and they have a goddamned Sharpie in their hand and they aren’t afraid to use it. They are going to do it differently. They are going to get it right. They have collected enough data to know they aren’t going to do it the way their parent’s generation did it, but not enough data to know that they will make new mistakes. They are fearless and terrified. They think they are immortal and, well, no opposite to that one. The best damn part about teenagers is that they feel immortal. At 46 years old, I’d like to smoke a little of that crack.

And everything I just wrote about how great they are…it is exactly why we, as their parents, are completely exhausted by them. They are killing us in ways that an asshole three year old, who is completely unreasonable about everything, can’t even begin to touch. Actually, the more I think about it, teens are just like stubborn, know-it-all three year olds, only they have a driver’s license and a sex drive and what could be more terrifying than that?

We, the parents, are the ones who have to temper these walking contradictions. We have to keep them alive…help them see that they aren’t immortal. But at the same time help them to be fearless and live life to the fullest. We have to implore them that writing their futures in permanent ink is a terrible idea, or stay silent and wait for them to find out that life doesn’t give a crap about indelible ink. We have to show them when to speak up and when to shut the hell up, something we are not even interested in learning. We have to inform them that they don’t know what they don’t know and then get a headache trying to explain what that means. Ultimately, we have to save them from themselves while we simultaneously celebrating their mad combination of curiosity and fearlessness. And it’s all exhausting.

It’s exhausting because you remember being a teenager and although you don’t want to be the “cool parent,” you also have a tough time taking the trite, unevolved hard line of “my way or the highway” parenting. So you are left with this dance of setting boundaries without being completely unrealistic. Giving them freedom, while reining them in. Trusting them, but making them “share location” on their phones. Being realistic about what teenagers do, while simultaneously imaging yours will be different. Letting them make their own decisions, after you’ve done your compelling 20 minute soliloquy of “Things I wish I knew when I was younger” that conveniently leaves out all the juicy stuff you’ll never, ever admit to.

Basically, in order to parent the contradiction that teenagers are, you have to become a contradiction too. Remember that scene in Caddyshack where Chevy Chase tells Danny to be the ball? You have to be the ball. Let go of reason and logic and give up the idea they will walk through their teens years making well thought out choices. Dear lord, their brains aren’t even fully developed. And how tragic would it be to have kids who acted like middle aged parents? Yuck.

Teenagers get to stumble through it, same as we did. We can fight it, or I say let’s wrap ourselves up in their madness because this is what we signed up for when we had those cute googly babies. Getting them over the hump from kid to adult is what parenting is really about. It’s messy and it’s trying but, if you give over to it, it’s exhilarating as all hell to be in the thick of their personal growth with them. And, maybe just love the hell out of them. If you can’t love them for their behavior and actions, at least love them for their grand sense of thinking it will all work out. Because that is the magical, enviable, intoxicating thing we miss. That is youth…and nobody does youth better than teenagers.