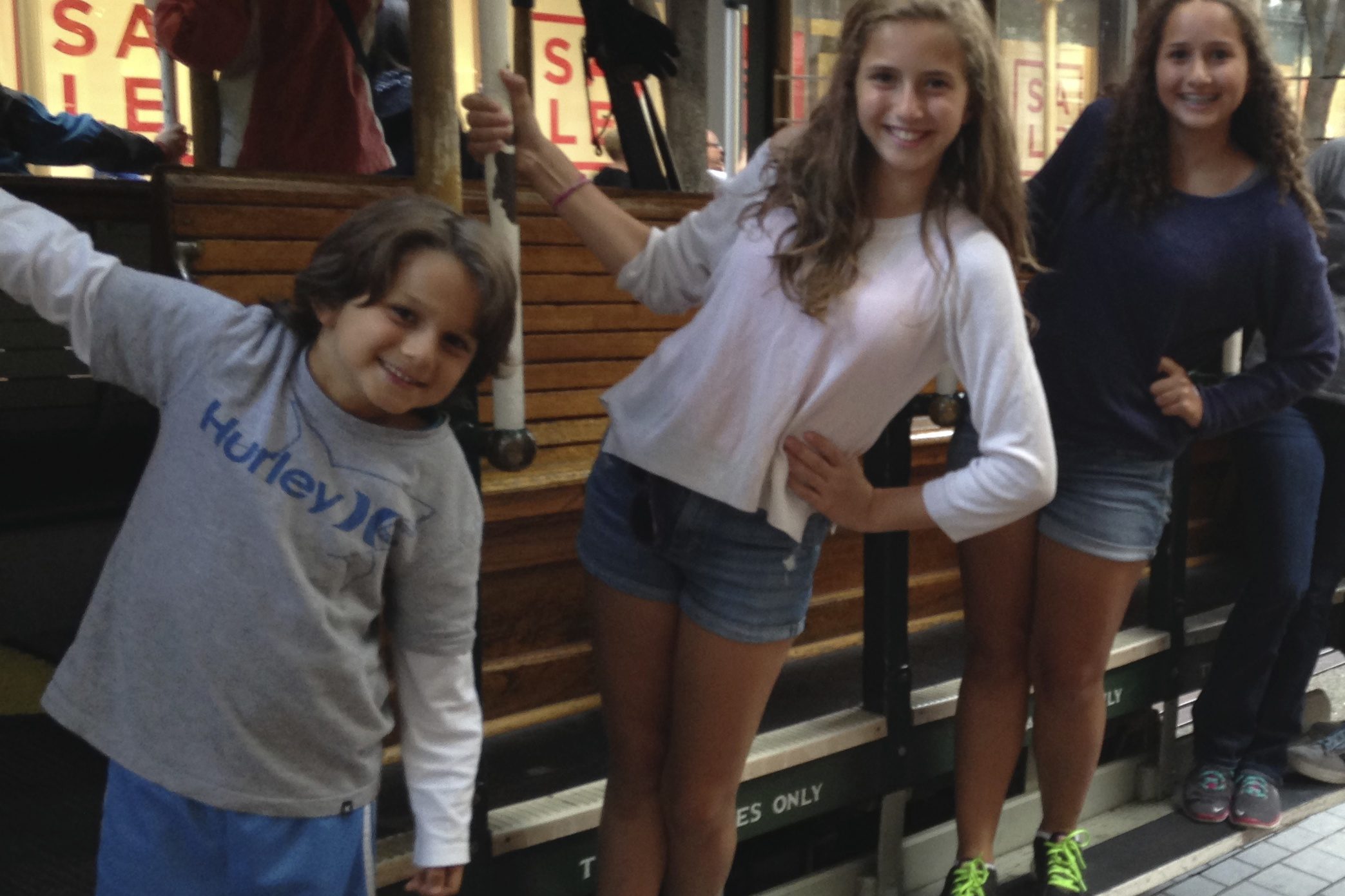 I’ve mostly made peace with all of the perceived perfection I see on Facebook. I get it’s basically a Holiday Card situation and everyone, myself included, is posting the best looking, most flattering photos of themselves and the most adorable and enviable moments of their family life. Just take a stroll around my website. Do you really think my hair normally looks that good? According to this site, I’m a part-time hair model. Please, here’s what my hair really looks like… 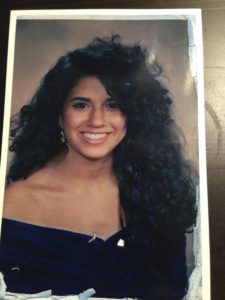 I honestly don’t think people are going on Facebook and intentionally trying to deceive you into imaging their life is perfect. But, at the same time, what are they going to do? Post a photo of their kid being an asshole, or a video of their latest fight with their husband (although, I’d watch that), or give you a status update about their puss-filled boil extraction? No one really wants that much information in their newsfeed. Sure, maybe there’s an in between but until we figure that out, you get a lot of beautiful photos of families at the beach wearing white shirts and denim jeans as a breeze gently blows their hair, revealing their sun-kissed smiling faces. Trust me, it’s better this way. I’ve seen a boil extraction on Tosh.0 and have never been the same. You can’t unsee that.

The truth is, even that beach photo, perfect as the click of the camera makes it appear, has a backstory. And Facebook isn’t about the backstory. But, good news, I am. Here are four posts I have shared and the backstory behind them to help you feel better about how everyone’s life is the generally the same and far from perfect. General rule, the more perfect the photo, the better the backstory…well, 3 out of 4 times anyway.

Consider, please, actual events in my life that sound a bit like Seinfeld episodes… 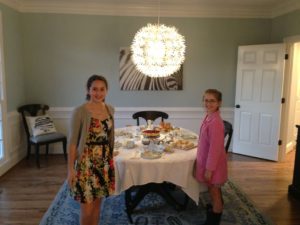 Several years ago my daughter randomly wanted to have her friends over for a tea party. We went all out with tiny sandwiches, elegant desserts, our best linens, china and the silver. I shared this photo of it on Facebook. People liked it. Some might have even, for a moment, thought, wow, that Meredith has an adorably perfect life. And, it was kind of a sweet party, until it wasn’t.

As I’m chatting with the parents at pick-up, I hear a ruckus in the other room. Can I describe the ruckus? Well, yes, I’m glad you asked. It was my two daughters in a fist fight in front of the party guests. Actually, a fist fight is being kind. It was more of a kick-boxing street brawl, with some Mike Tyson biting mixed in. Lovely. To my credit, I did update the post in the comment section with the throw-down twist, but how many people saw that? Most would never know the truth. 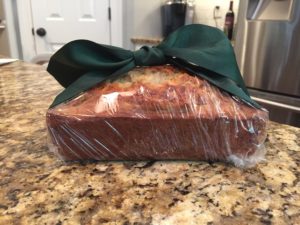 When I heard a new family moved in two houses down, I made banana bread. Okay that’s the first lie. My daughter, who likes to bake, made the bread. But it was my idea, I swear. We wrapped it with a bow. A day passed and I was like, wow I really need to drop off that banana bread. Then another day. By the third day, I was like, who am I kidding. We unwrapped it, heated it up, slathered it with butter and it was delicious. To this day I have not gone over to say hello. My daughter has babysat there, but I have made zero.zero new neighbor overtures. I am a terrible person. However, I did post the actual story of the banana bread in full confession, so that’s something, right? 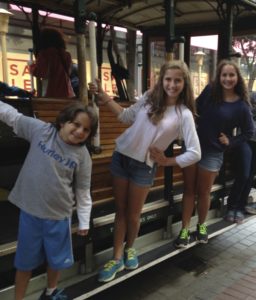 Ah, the Cable Car Ride post. The pièce de résistance of a photo in need of backstory. Last July we went to San Francisco for the first time. I had dumb romantic ideas of what it would be like, including, of course, a Cable Car ride. I had no idea there would be a queue for this experience, but there was. A long one. After walking all over the city, including both ways across The Golden Gate Bridge, I insisted, against the will of every one in my family, that we take a Cable Car back to the hotel. My husband was being a good sport, but I knew he was wondering when this nightmare would end. After an hour and a half (there were mechanical difficulties), we finally got on.

The outdoor seats and the cool hanging of the edge, like that Rice-a-Roni commercial, spots were taken. We took seats inside, across from the kids, which seemed fine until they loaded about 50 more people who squeezed in between us. All we can see are the butts of other humans that I’m assuming are as sweaty and disgusting as ours. I can barely see my kids, but know they are miserable. I’m miserable too, but can’t admit it. I say stupid things through the wall of butts, like, “Wow…this is cool.” It’s not cool. At all. It’s a major disappointment. Once we get off, I, because I’m insane, make them pose for a traditional, “hanging off the Cable Car having a blast” photo. They, because they are used to my insanity, and sometimes the world’s greatest kids, put on some fake smiles for me. When I’m scrolling through my photos to post it on Facebook, I see the honest one of what really happened and I can’t, in good consciousness, post the fake one. I post them both, side by side, and say, “Here’s what really happened,” the very inspiration for this blog. 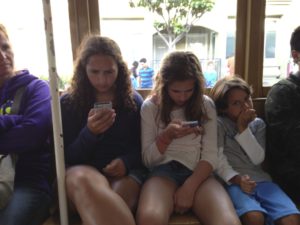 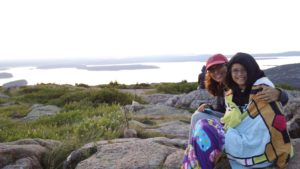 Fun fact about me: My favorite place on earth is Acadia National Park. The closer we get to it, the happier I become…as if happiness is a place and it’s as easy to feel simply by being in a geographic location. One of my favorite things to do in Acadia is watch the sunrise from the top of Cadillac Mountain. I convinced the kids to get up at 5am for this experience. We sat outside, freezing…it’s never warm at 5am on the top of a mountain in Maine. We huddled together with beach towels for warmth and waited about a half hour for the sun to make her glorious appearance. 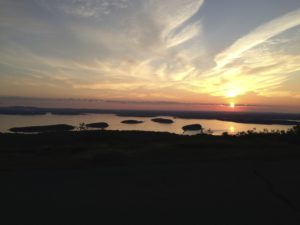 And here’s the crazy part…no one complained. Not once. They went all in on the adventure. When the sun came up, they were rightfully awed and got it. It was one of the best moments we’ve ever had as a family. No backstory of fighting, or not actually doing it, or the experience being a let down. Sometimes you get lucky and things are exactly the way you imagine them.

Perfection
Next time you are on FB use my completely flawed formula and remember that, according to that random blogger person I don’t know but feel like she’s my friend somehow, 3 out of every 4 posts has a backstory that might surprise you. Save perfection for nature…the moon and stars, sunrises and sunsets, mountains and oceans. As a general rule, if humans are in the photo, it was probably more memorable than perfect, which I much prefer anyway. And, as this community of blog readers is my witness, I am going to bring my neighbors some goddamn banana bread.

PS: If you need a reminder of why FB perfection is better than the alternative, watch this Tosh.o Boil/Cyst Extraction clip. Think hard before you click. You can never unsee it. You’ve been warned.