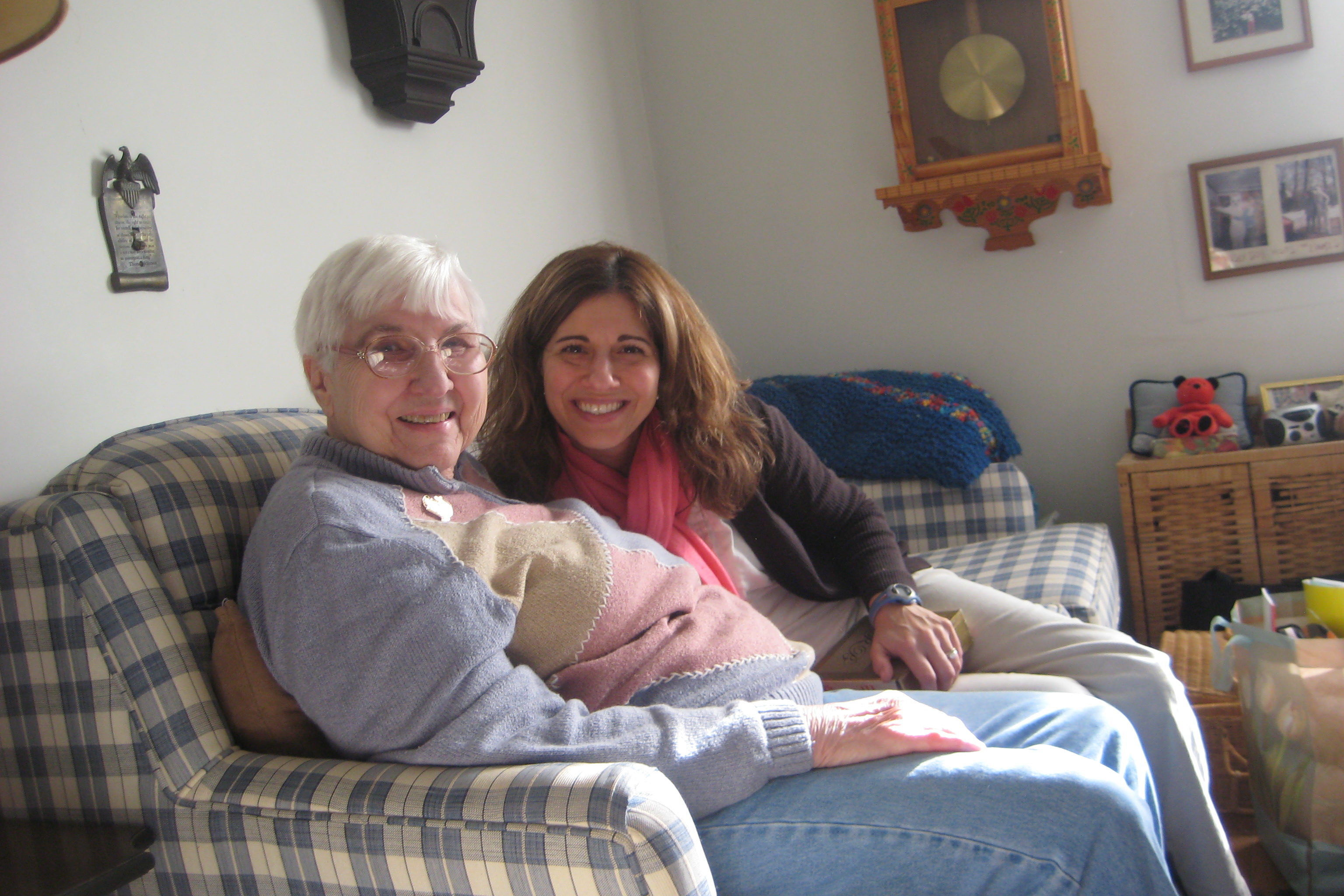 I love Christmas and I love buying gifts for people, but put them together and it seems like this insurmountable stressful task that is not so much fun. And I’m not talking about gifts for my kids. I know them pretty well and raised them to love the magic of a surprise, so that’s easy. But, for the rest of my list, I’ve been playing it safe and missing the opportunity that gift giving can be.

My inspiration for rethinking Christmas gifts was losing one of my favorite people on earth, my grandmother Audrey. She was by far the best gift giver I ever knew. More than a gift giver, she was a matchmaker of things to people. She took every item she came across, mostly used, and thought long and hard about whom would give it a good home. Rescue dogs should be so lucky!

In her tiny house, she had a long antique church pew by her front door where she saved collected treasures to give when you stopped by. You never left her house empty handed. Once, post-Internet, she even gifted me a full set of World Book encyclopedias. I transported them back home and set them up in the basement where, even though they mostly collected dust, I loved them. I knew she didn’t just give me an outdated set of books, but a piece of her.

After my grandmother died, we spent days sorting through photos. I came across one of a long ago Christmas where she was wearing a bright orange swatch of fabric with a hole cut out of the middle. She was laughing, her eyes crinkled shut. Everyone in the frame was laughing too. For reasons we will never know, she gave that large piece of orange polyester fabric to a teenage grandchild. Well, it made Christmas. We took turns wearing it, seeing how many people could put their head through the hole to make an orange blob, and crying from laughing so hard. It was fun, unexpected, magical, and somehow, the perfect gift for teenagers who take themselves too seriously.

What Gramma Audrey did so effortlessly, so brilliantly was understand that the gift wasn’t the thing that matters. It was the connection she made. Usually there was a story to go along with the gift, but there was always a story to tell after.

My gift giving wasn’t anything like that. What I had been doing was giving a bunch of gifts that met a budget amount and checked a box but had no connection to me. Because somewhere along the way, I was tricked into thinking that the best gift was getting someone exactly what they wanted. And I mean, exactly.

We could blame Santa and his lists, or his traipsing around malls asking kids exactly what they want. We could look to the gift registry that started out as a way match your dishes but morphed into picking the color of a spatula. But modern day gift giving had become somewhat sterile in the quest for being sensible and perfect. Sure it’s nice to get what you want, but it really isn’t much fun for anyone.

Truly, the entire idea of gift giving, the beauty of it, is thinking of something someone might like. Don’t get me wrong, it’s work to figure that out. Work I have tried to avoid for years. But if you think about it, the minute you ask someone what they want for Christmas or any holiday, you put all that work on them. When people ask me what I want I always say…surprises. Mostly what I want is not to be involved with my own gift!

Yet, year after year, I asked people. I made notes. I asked people what their kids wanted. I made more notes. I told people what my kids wanted. I strategized what ideas I was willing to give out and which I gave to Santa and which I kept for me. I made spreadsheets. It was a different kind of work and one that left me feeling like all I was doing in the end was running errands, collecting a bunch of items with zero meaning to me. I hate errands. Everyone hates errands.

I know getting people exactly what they want comes from a loving place. And it’s practical too. Especially during those years when what people on your list really need and want is money. But whenever I send a gift card I worry what I’m really saying is, “I don’t know anything about you, but here’s the amount of money I have set aside for your compulsory gift.” And I’ve never remembered a check. I have remembered the bright yellow bag, the Santa chicken that plays “The Chicken Dance,” and the photo ornaments made from milk caps by my Gram.

The last straw for me was someone sent me a check and asked me to think of the gift ideas, shop, and wrap. I get the intent, how practical it is to save on shipping. But the last thing I want to do is someone else’s Christmas shopping! I did it like a fool and was told that I didn’t pick out things that were “special” enough. Well, duh. There’s nothing special about removing yourself entirely from the process.

That was it for me. I decided to stop this insanity and go rogue. Surely, I could think of something for my nieces and nephews and siblings. How hard could it be? Well, it was hard at first, dammit! There was a moment in the middle of Target when I muttered to no one in particular, “Fuck it. Everyone’s getting a gift card!” And, hey, you know me, I’m not above doing that if it comes down to it. But I’ve been channeling my Gram, taking some gift risks, and having a lot more fun.

I started with a box of random gag tricks and jokes, like the fake poop and gum that snaps your finger. I got someone a completely useless stuffed puppy that did flips because it made me smile in the store. I gave everyone a Minion’s Fart Gun, possibly the best gift ever invented…it has as timer! I sent Magic 8 Balls and encouraged people to use it to make their life decisions. And, last year, I shipped out a four-foot blow up Bozo punching bag with a note that said, “Have more fun in 2017!” These gifts served no purpose. They checked no one’s wish list. I was loving it!

Do people like these gifts? You know what? I don’t really care. I have let go of worrying about how people react. If they can’t find the joy in the randomness of a large swatch of polyester fabric, well, that’s on them. The best part about getting older is playing by your own rules. My holiday gift rules are simple. Surprises. Nothing anyone needs. And the only reaction I’m looking for, like the gift or hate it, is for them to say, “Wow. This gift is so M.”

My Gramma Audrey knew the best part of getting a gift is the feeling that someone took the time to think of you and share a little part of their unique self. What’s better than that? The older I get, I realize, not much.