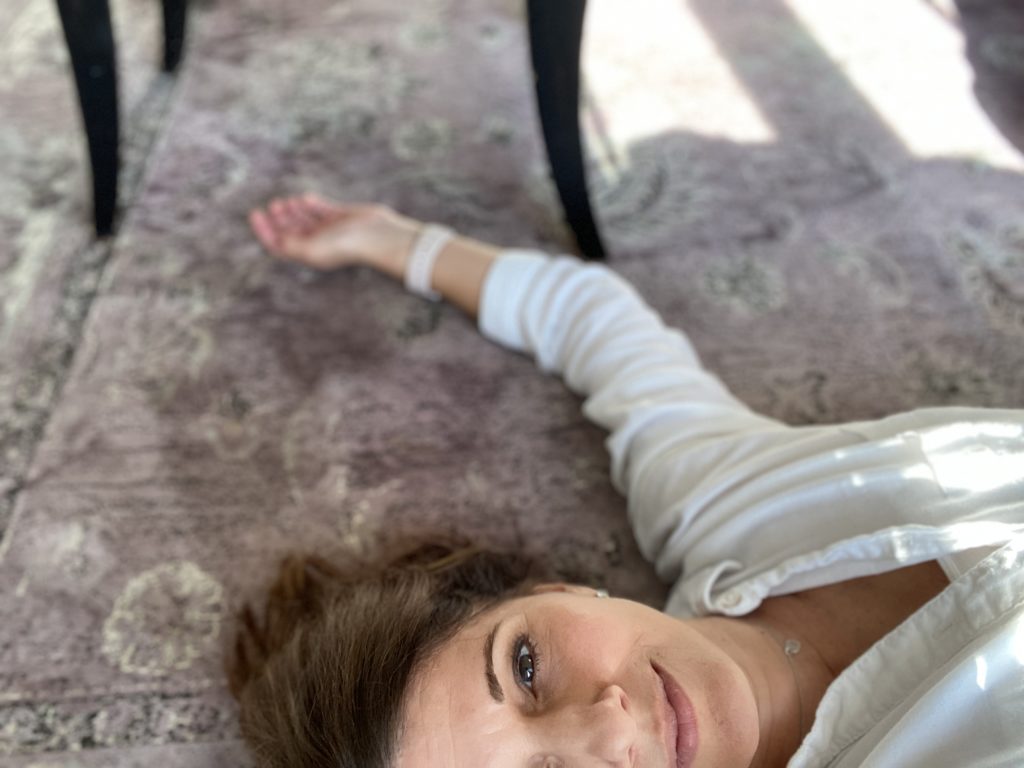 If you grew up in the 70s and 80s, you are well versed in the horror movie genre of that time. It was a formula that played out exactly the same way in every movie, but still had you freaked the hell out every time. Basically, it was a “what not to do” guide for situations with silent killers lurking about that gave you unrealistic confidence that you could easily survive.

Rule Number 1? Don’t go down to the basement.

There wasn’t a single person I knew growing up who would willingly go into their basement, lunatic murderer around or not. To this day, I have moments where I head into our finished basement fully expecting to be murdered. I’m genuinely surprised it hasn’t happened. If horror movies taught us anything it was…Basements = Silent Killer Waiting.

We all knew this. The writers knew we knew this. Yet, in all of the movies, the time comes when some poor character decides to go “check things out” in the basement. The others are like, “Yeah, that seems like a good idea. We’ll wait for you here.” At this point the audience is like, “RIP, bruh.” Even the person going down to the basement is like, “Not sure this is my best idea.”

Why? Why would they go down there? This question is one that has plagued my entire generation. Are they stupid? They know the killer is out there, right? Are they trying to put themselves in harm’s way?

My friends, we have reached the “Don’t go down to the basement” phase of the coronavirus horror movie, and, holy hell, I finally get it. Even if you have been the most vigilant of quarantiners and taking this seriously, the temptation is growing to venture out.

The pandemic feels like it has reached the point in the movie were all the friends who gathered at the lake house are so desperate to ignore the reality of what’s happening and get back to the drinking and spin the bottle fun they were promised, they’ve decided the only way that will be possible is to prove there isn’t a madman with a chainsaw lurking about by, yup, you guessed it, heading down to the basement.

Really though, who could blame them? I get it now. I mean, they pulled off the almost impossible hat trick of high school: A place to party, no parental supervision, and access to booze. There was probably some epic McLovin, Superbad quest to secure the alcohol, and god knows, lots of fantasies of making out with Jenny or Justin. It’s just too sad to accept that this weekend that they knew would fuel them through their twilight years with the intoxicating memory cocktail of youthful exuberance mixed with a dash of regret was not going to happen. Who among us wouldn’t resort to checking the basement as the last valiant effort to save the weekend?

If you told me I’d ever understand this logic or be tempted myself to go out and explore a basement, or any place, when I know there might be a silent killer lurking, I’d say you were crazy. Well, look who’s crazy now! Because, I’m not gonna lie, the basement is getting tempting as all hell.

I know I’m not alone in my current delusion. Before coronavirus, we all had our own lake house shenanigan plans that we had to give up on. I mean, they weren’t as good as a high school making out with Justin or Jenny for most of us, that’s some pretty amazing stuff, but they were something.

Maybe yours was graduation, or prom. Maybe it was a wedding. Damn, maybe it was your wedding. Maybe it was meeting up with a friend you haven’t seen in years. For a lot of us, it was some trip, some event, some concert, some play, some sporting event that we were really excited about. And as much as we all know that our spoiled plans are nothing compared to those who have lost their lives, their loved one, and the healthcare workers fighting for all of our futures, still, despite the guilt, we are legitimately bummed out. Lake house weekend bummed out.

The truth is that no matter how seriously you are taking this. No matter how committed you are to staying home and flattening the curve, the temptation to check out the basement is real. Hell, I even find myself volunteering to go by myself to see if there’s anyone in the shed, because, damn, flights are cheap and I’m sick of being home. It’s like we’ve all reached this collective sense of intellectually knowing nothing has changed, that the killer is still out there, but maybe we’ll just go out and take a quick peek.

Step away from the basement door!

In full disclosure, as you probably already surmised, I’m pretty fuzzy on the plot details of these movies, which, I’m sure is making this metaphor challenging for you. I feel ya. I have no idea what I’m saying either. But, here’s the thing, whether it was Jason in the mask or the chainsaw dude at the lake, did he also wear a mask? There’s one thing I know for sure…it never seems to end well when you go looking for the silent killer.

So, for those of us struggling to do the right thing, to stay safe, and to help stop the spread of the virus, I leave you with the advice I’d give my friends if I was at the lake house with them.

“Look, guys, this sucks. But Bobby and Kristin aren’t coming back. I’m as bummed as you are that the keg is going to go to waste, but we need to cut our losses and get the hell out of here. For starters, and I can’t believe I have to say this, no one go down to the basement! And, if you do, wear a mask. No, not because Jason is wearing one. (Did we know his name was Jason?) Never mind. It’s complicated, but just trust me. You guys are sweet and all, but you’ve got to get wise to this murder pattern and at least make it just a little bit harder for the chainsaw dude to kill you. I promise there will be other lake house weekends full of booze and make outs. Plus, I hear Justin is a really bad kisser. I’m just sayin. You’ll have better.”

Stay strong. Be careful. Be well!

Follow me on Facebook for more of my thoughts on life, parenting, marriage, and the “joy” of being middle aged. I’m also on Instagram and Twitter! For more fun reads, check out my Viral Blogs! Also, check out my blog on Gen-Xers.

Post Views: 3,023
← Scattered Thoughts on My First PandemicThe True Story of My Free 3-Month Trial of the Peloton App →

"Don’t Go Down To The Basement: Coronavirus Edition": https://www.mblazoned.com/dont-go-down-to-the-basement-coronavirus-edition/