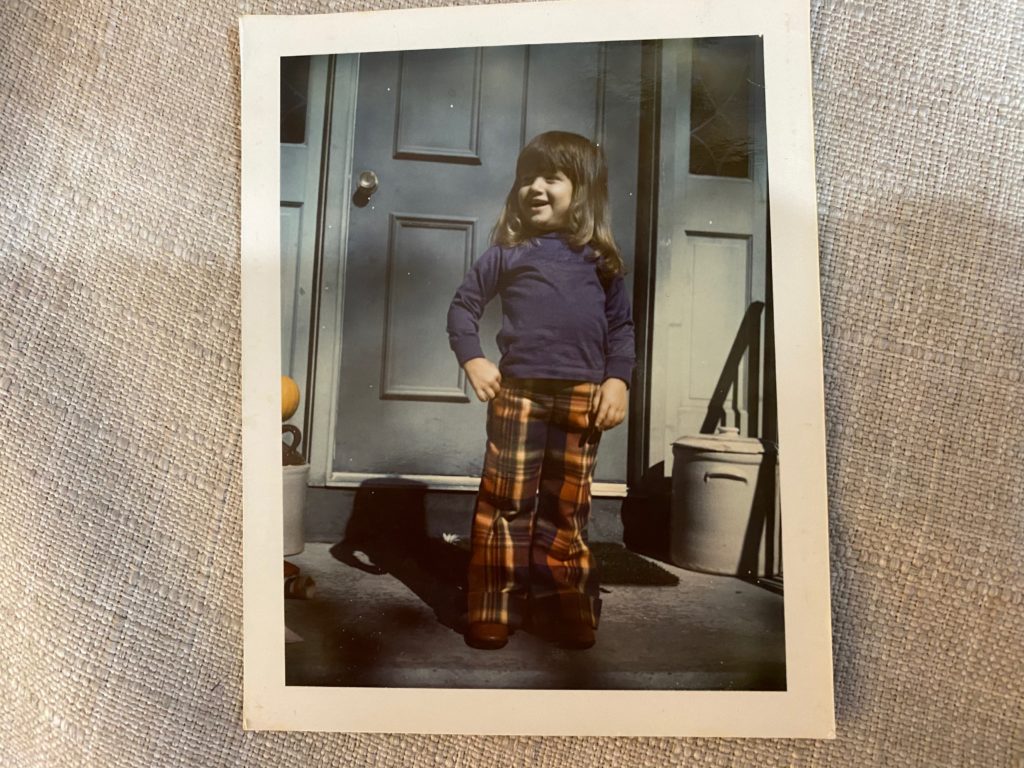 You’ve got to hand it to Gen Xers. We have been so ambivalent about everything we have finally been totally forgotten. I saw some nonsense poll on the news about generations and they had Baby Boomers, Millennials, and Gen Z. I was like, “Well, holy crap, they’ve just stopped acknowledging we exist.” This should surprise no one, least of all a Gen Xer.

In a world where we are obsessed with defining groups, Gen Xers have accidentally beguiled society by being distinctively vague. Our very definition can be summarized as a noncommittal shrug.

Honestly, it was all fun and games to be the forgotten generation until our teenagers landed their first, “Okay, Boomer” on us and, we were like, “What the hell did you just call me?” Turns out the younger generations don’t even know that Gen X was/is a thing. It got me thinking, what is Gen X even? After careful research, meaning none, I’ve come to this conclusion: Who the hell knows?

The Middle Child of Generations
Society has been too obsessed with the Boomers and the Millennials to notice us and find out who we are. It’s fine. Whatever. We’re used to it. We are like the middle child of generations. We sit quietly at the dinner table, fading into the background, while our smug older sibling lectures the baby of the family for wanting free college. We try not to snicker audibly when the baby rattles our older sibling by citing that they did have free college. Like good middle children, we keep our mouths shut because we know they will both beat the crap out of us.

The Barely Parented Generation
Being invisible is kind of our specialty. Just ask our parents. Unlike the Boomers who grew up under the hawkish eye of parents who lived through the depression (good luck throwing anything out), and long before the advent of the Tiger Mom and Helicopter parent (good luck getting away with anything), Gen Xers roamed the neighborhood freely, mostly feral.

This wasn’t all bad, mind you. We lived entire lives our parents knew nothing about, lives that involved cigarettes, Lord of the Flies-esque marauding, and abject bullying before there was a hashtag. You know what we called bullies? Popular kids. Simpler times.

I’d argue we were the least parented generation of all time mostly due to our parents’ disinterest in us, coupled with their overabundance of confidence that we’d be fine. Of course, a billion-dollar therapy industry would later prove this untrue. But, in our parents’ defense, they had very few data points on child rearing, that Dr. Spock book, and the one, I guess, on the joy of spankings? “The Wooden Spoon” chapter being especially well-worn.

The Tantric Generation
Despite Freud’s theory, it wasn’t all our parents’ fault we vanished from history. Another curious thing about Gen X is that we aren’t defined by one horrifyingly catastrophic event on the world stage during our childhood years. Boomers grew up in the ominous shadows of World War II. Millennials grew up in the chaotic shadows of a post-9/11 America. Gen Xers? Well, we grew up with that gas shortage…oh, and just the constant threat of world destruction by nuclear war that never ended up happening. Whatever. It’s fine. We were the tantric generation…sustaining anxiety for decades, always on the verge of destruction, but never quite getting to climax. Not as fun as the Sting version.

We don’t talk about it much, who would listen, but flirting with utter doom takes its toll on your psyche, man. That night our entire generation watched the oh-so-uplifting made-for-TV movie, The Day After, that cheerfully explores a post-nuclear war apocalypse, we adopted “whatever” as our collective anthem. Seriously, what was the point?

What’s insane is that in 1983 something like 100 million Americans in 39 million households watched this movie at the exact same time. I was 13 years old. 13! Gen X was raised by parents who popped popcorn and gathered their families for the nuclear destruction movie while simultaneously lecturing us for not having any life direction. Trust me, we were thinking, “Okay, Boomer” long before it was cool.

The Generation of Programmed Television
But when I think about what truly defines Gen X, it’s that we grew up watching the same limited TV shows and movies…at the exact same time. Think about that. Our collective pop culture experience is ridiculous. “Must See TV” wasn’t a slogan, it was our reality. Get your shit together by 8pm or, sorry, buddy, no soup for you!

Combine our non-parenting and doom complexes with the programmed television of the 70s and 80s and you get to the heart of Gen X…Escapism. We drowned our fears in the comforting problem-solving format that made us believe you could build a golf cart on a deserted island, assemble a motorcycle while temporarily blind, find your soulmate on a 3-day cruise to Acapulco, and outwit Mr. Roper every time. I mean, you can. The guy was super clueless.

So, forget being impressed by the Millennials growing up with the internet… or Gen Z having the world’s information in the palm of their hand since birth. The bonds of Gen Xer are far more powerful: A completely skewed view of reality that was utterly destroyed when we emerged into young adulthood.

The Reality Bites Generation
Let’s just say that the Brady Bunch and Happy Days failed to prepare us aptly for graduating college into a recession. Not only did we finally find out the world wasn’t going to blow up and we had to get that life direction our Boomer parents lectured us on, worse, we were not going to be in a sitcom opening montage. Come and knock on our door? Yeah, not so much. I still have never ridden a tandem bike, which is a bunch of BS.

Yeah, we were pretty lost until the movie Reality Bites came out and explained it all to us. If our reputation is that we don’t embrace anything, screw that. We have been bunkered down in “what’s the pointism” quite impressively for decades.

But now – perhaps now – our time has come as a generation to shed our invisibility cloak and take our rightful place as the generation that invented noncommittal shrugs and perfected the delivery of the word, “whatever.” It might be exactly what the world needs. Before Boomers finally pop that bulging blood vessel in their foreheads, and Millennials rightfully tell us all to go to hell, and Gen Zs make an app to plug us all into the matrix, maybe we can come together and unite the generations to create one incredible supergeneration!

After all, we are Children of the Fonz! We are little bit country AND a little bit rock and roll, we don’t play ball in the house because “Mom always said, don’t play ball in the house.” We survived watching Fantasy Island whilst babysitting. We know the cost of every grocery item in the 70s and 80s from faking sick and watching The Price is Right. We spay and neuter our animals because Bob Barker told us and he was right. We are hots and pepper corporated, or whatever they said on Laverne and Shirley.

Follow me on Facebook for more of my thoughts on life, parenting, marriage, and the “joy” of being middle aged. I’m also on Instagram and Twitter!
For more fun reads, check out my Viral Blogs!