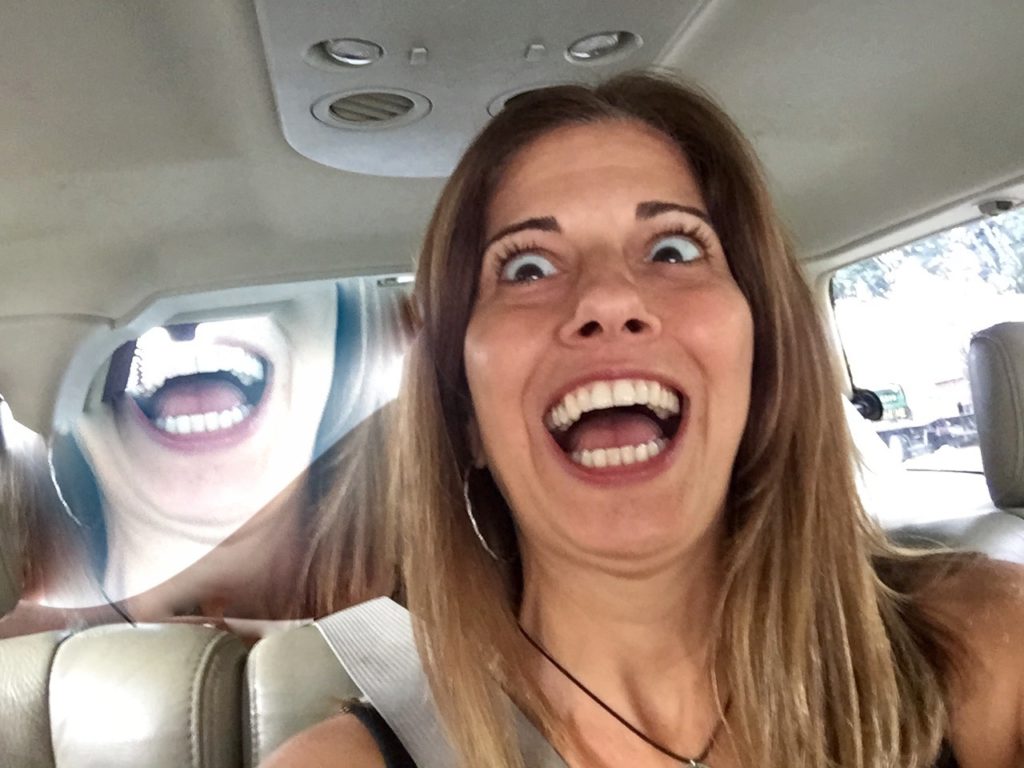 Years ago, we were living in a teeny tiny, can’t stand up straight upstairs, cape with barely two bathrooms, and we were redoing the one downstairs. I was talking to a friend who had just built a huge-ass mansion and when I confessed I was stressed out about picking out tile she said, “Imagine picking out tile for five bathrooms.” I love her, but she sounded ridiculous, right? Who complains about the luxury of decorating a brand new house?

Well, as it turns out, most of us. Sure it sounds ridiculous, but even then I could see past my envy of her big house and deep pockets and knew that if I had to pick out tile for five bathrooms I would have had a nervous breakdown that ended with me smashing the tile displays in the showroom with a sledgehammer, which, incidentally, is my number one non-sexual fantasy, so who said nervous breakdowns can’t be fun?

My point is that there is stuff we want to complain about, but we know we shouldn’t. First world problems they are mostly called. And I’m down with how tone deaf it is to complain about luxuries and stuff of your own making, not to mention how insulting it is the rest of the world with real problems. But, (There is totally a “but.”) I still want to go off about it.

Otherwise, I hate the whole damn thing. It’s too many steps. And I’m not alone. But whenever I want to write that rant I think of some person living in some remote village, growing their own food, if they are lucky, and walking a mile or two for mostly dirty drinking water. I picture them in my grocery store with me. I tell them my problem with it, being hilariously charming with my clever shtick. And then they murder me, because I totally have it coming.

The trouble is, even though I have the emotional and intellectual depth to understand how ridiculous and callous I am, and know I have a choice to choose gratitude over complaining, I still fucking hate the grocery store.

So, that brings me to kitchen renovations. I’m at the end of one at the moment. In that tenuous spot where it’s close to being done, but we just can’t get to the finish line for reasons I can no longer understand or be patient about. I’m losing it in the makeshift kitchen on a nasty folding table from Costco, looking at the boxes of my stuff I’m pretty sure I hate, but still miss. And yet, to complain about a kitchen renovation you are choosing to do, that you can afford to do, is so repulsive to the majority of humanity on planet earth, I can’t bring myself to do it.

But if I did, it would be something like this…

All a kitchen reno really is a bunch of decisions you will make and soon regret. The minute something worth thousands of dollars is installed you will have instant regret. The very minute. You will love your countertop choices for a total of three minutes in a row before wondering how stupid you were to like it, before you like it again. You are officially bipolar. You don’t trust your own mind. You will agonize over knobs and want to scream when you find out there is a difference between knobs and pulls.

Appliance shopping alone will make you contemplate living off the land, as it will quickly remind you of the patriarchy’s insistence that your ovaries make it “your ovens,” and “your dishwasher,” even though your husband does most of the cooking. Yes, appliance shopping in 2017 is exactly the same as 1950, with the same Mad Men guys still working the showroom floor, dragging around their rusty respirator tanks. And, once you settle on something and it’s delivered, they will discontinue it for a new, better model, that’s somehow cheaper because FML.

What happens in a kitchen renovation is that at some point you will realize that you are spending all of this money, by choice, to create some kind of a dream cooking and baking and dishwashing room and then you will have the clarity one night when you are up worrying about the spacing of the tiles that you hate to cook. You hate to bake. You hate to wash dishes. You hate to load and unload the dishwasher. And, if you’re smart, you will declare yourself mentally unwell before someone else does because for the same money you could have put on a screened in porch with a 100 foot television over a stone fireplace with cool, modern, outdoor furniture where you would actually enjoy spending time in.

Of course, I could just not complain. And sometimes I don’t. For instance, when I travel I expect and embrace delays and hassles as part of the adventure and think everyone who complains about it is a total jerk. And there’s other things, I’m sure, I just can’t think of any.

And, in my defense, sometimes I think it’s not really complaining, it’s being honest about my thoughts on my life in the moment. This is my reality. If I had to walk two miles to get shit-mud water, I’d be doing shtick on that and offending someone who had no water source. If I had to slaughter my own food instead of decide what kind of Oreos to pick out, I’m sure I could do a rousing set on the annoyingly bloody mess that process is, ultimately offending people who have no animals to slaughter.

When I try to imagine a world without complaining, I think it would be a bore. A world full of Pollyannas with their rose-colored glasses of optimism is my personal hell. I legit worry there is a heaven because I think it would be eternal snooze-fest to be around do-gooder gratitude people all the time. Not that I’m huge fan of the wah-wah, Debbie Downers either, because that is it’s own brand of torture. Still, I won’t lie, I like a little edge.

They say if we got together and put all of our problems on the table, we’d all choose our own. It’s certainly true for me. I’d much prefer complaining about the grocery store than slicing up a cow behind my hut without running water. But I’m pretty sure those guys would be like, umm….I’ll take the grocery story problem, please…reminding me of the asshole I know I am.

Post Views: 9,725
← Why I Wanted to Throw an Apple at My Husband’s Head for 20 YearsThe Legend of The Fourth of July in My Hometown →

This site uses Akismet to reduce spam. Learn how your comment data is processed.

Send this to a friend

"Things I Want To Complain About That Make Me An Asshole": https://www.mblazoned.com/things-i-want-to-complain-about-that-make-me-an-asshole/