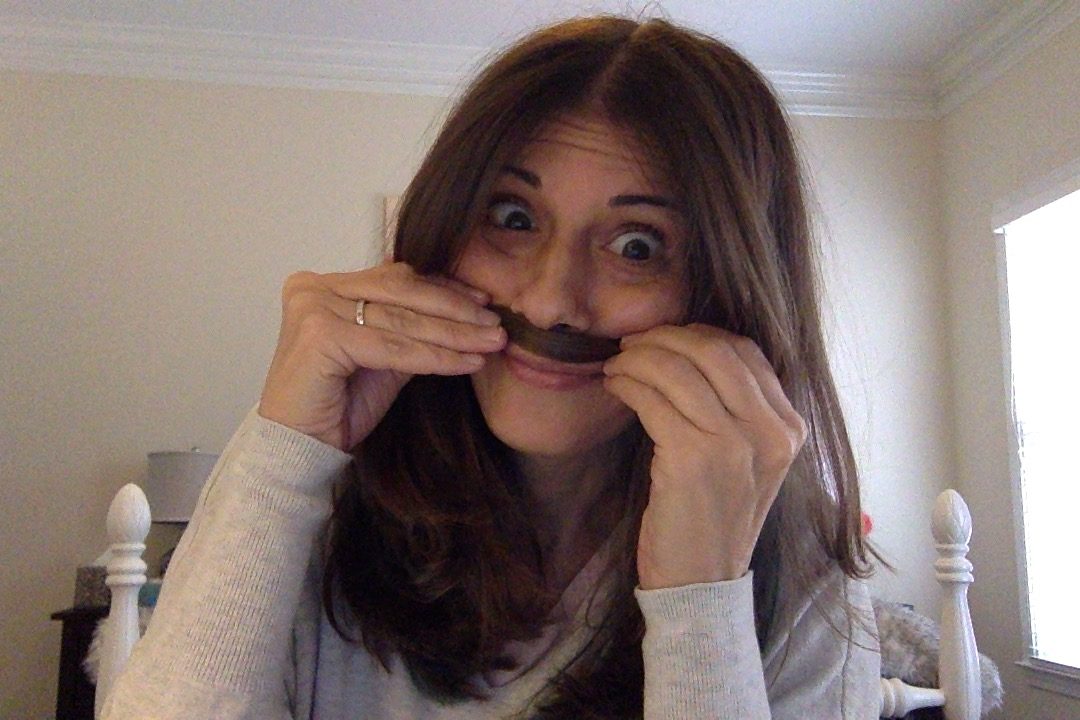 Unwanted hair. Yup. We are going there. The battle is real and it’s daunting and it’s not just happening to women. So men, this is not the time to bounce. Stick around. Your middle aged unwanted hair battles are just as overwhelming as ours are. We see you plucking your ear hair. You’re in this mess too.

In fact, let’s start with you guys first because it must be shocking to go through life letting your hair grow as nature intended and never give it another thought, to all the sudden having a menagerie of man grooming tools. You’ve got electronic equipment for your junk, your nose hairs, and your ear hairs. You’ve got tweezers, the good kind by Tweezerman because the first pair you bought at the drug store sucked and we showed you the light.

I don’t mean to out anyone, but some of you even have a standing appointment at the Brazilian wax place down the street. I know because I see you there, as freaked out as I am about what is about to happen. We trade silent knowing nods of upcoming pain and unspeakable embarrassment as we sit in the waiting room of doom. Men and women, for reasons no logic can defend, will pay money for this torture and be plagued, plagued I say, about what goes through the head of the poor woman who does the waxing, which is probably a series of laments about her life choices. One minute we are looking at her wedding pictures and the next minute she’s looking at, well, not our wedding pictures. It’s then we think, we need to tip her a million dollars. I’ll be honest, I don’t really know what you are having waxed in there, and I’m not sure I want to, but I know you are a weary soldier of the great middle aged unwanted hair battle right there with me. Solidarity, brothers.

And, okay, many of you men have been shaving your facial hair for years too. I won’t take that away from you, but a couple of things that negate any kind of comparison to the female unwanted facial hair battle and yours. First of all, if you don’t feel like removing your facial hair, you have options. You can grow all kinds of weirdo hair arrangements from Elvis chops, to a variety of ornamental goatees, that, I think we can all agree, are kind of lame at this point, to a full beard, well, except that one patch on the left side of your cheek that for reasons no one understands you can’t grow hair on. Or, you have the opportunity to skip a day or two and just “let it go,” get that sexy shadow chicks dig.

Yeah, women don’t have any “sexy shadow” facial hair options. There is absolutely no way that our facial hair helps us out in any way as members of society. Even in the circus there was only one bearded lady. Nice work if you can get it. Nope. Women have to stay on top of that shit. We will be deathly ill with the flu and still be monitoring our unwanted hair growth. We skip a few days…just a few lousy day, and suddenly we look like a moth took up residence between our eyebrows or are joining the cast of The Three Amigos. It’s not good.

My best friend and knew a woman in college who went temporarily blind and was on steroids that gave her a beard while she was in the hospital. A beard. We didn’t know what to do. We actually made a pact that if we are ever blind, in a coma, or fighting a terminal disease that we would monitor each other’s facial hair growth. I don’t know how she’ll get my eyebrow threader into ICU, but I know she damn well will.

Look, I know it sounds like empty vanity and a righteous feminist such as myself should say, who cares and sport a teenage boy stache, at least when I’m sick and maybe dying. But, no. At some point it crosses over from vanity to a full-on quest of not letting your unwanted hair win the battle you’ve been waging against it your entire life. You’ve spent countless hours and dollars to give off the illusion you are not, in fact, an animal with a hairy face, but a naturally occurring wonder of nature, a naked mole rat person. Say what you want about my obsession with facial hair removal, but disease or not, after all these years, I’m not going out with a fucking beard!

And something happens when you turn 40. The rate of individual hair growth starts to vary and become completely unpredictable. One day you are looking in the mirror and things are under control, the next day, you are staring at a one inch whisker coming out of your mole, or if you are a guy, your ear or your back. How does this even happen? My husband used to be able to get ready in 3 minutes, including a shower and shave. I never really believed he was clean, but figured it was just yet another advantage of the male species…some rapid wash and ready voodoo. Now, good god, that poor guy is in front of the mirror meticulously hunting the enemy of unwanted hair. He’s like leading an offensive in the jungles of his orifices. I look over from my magnifying mirror and we shake our heads as we get back to our tweezing. Who knew this would be the thing that would bond us in our marriage? I know he will never leave me because he can’t reach that lone three-inch hair in the middle of his back that grows overnight.

Okay, I said I wasn’t going to out anyone, but I meant anyone except my husband and myself, I guess. We’ll take one for the collective team because we know you’re right there with us. The middle aged unwanted hair battle is a real thing and we are all doing what we can to keep this shit together before our eye sight deteriorates and we say to hell with the whole thing. I refuse to engage in any shaming of the decision by women or men to remove hair from anywhere on the body. We are all doing it because we don’t live in Middle Earth and the magazine industry has not yet declared Hobbits sexy. Until that long awaited day comes, stay battle ready, fire up your nose hair trimmers because the next forty years the war of unwanted hair is on like Donkey Kong.