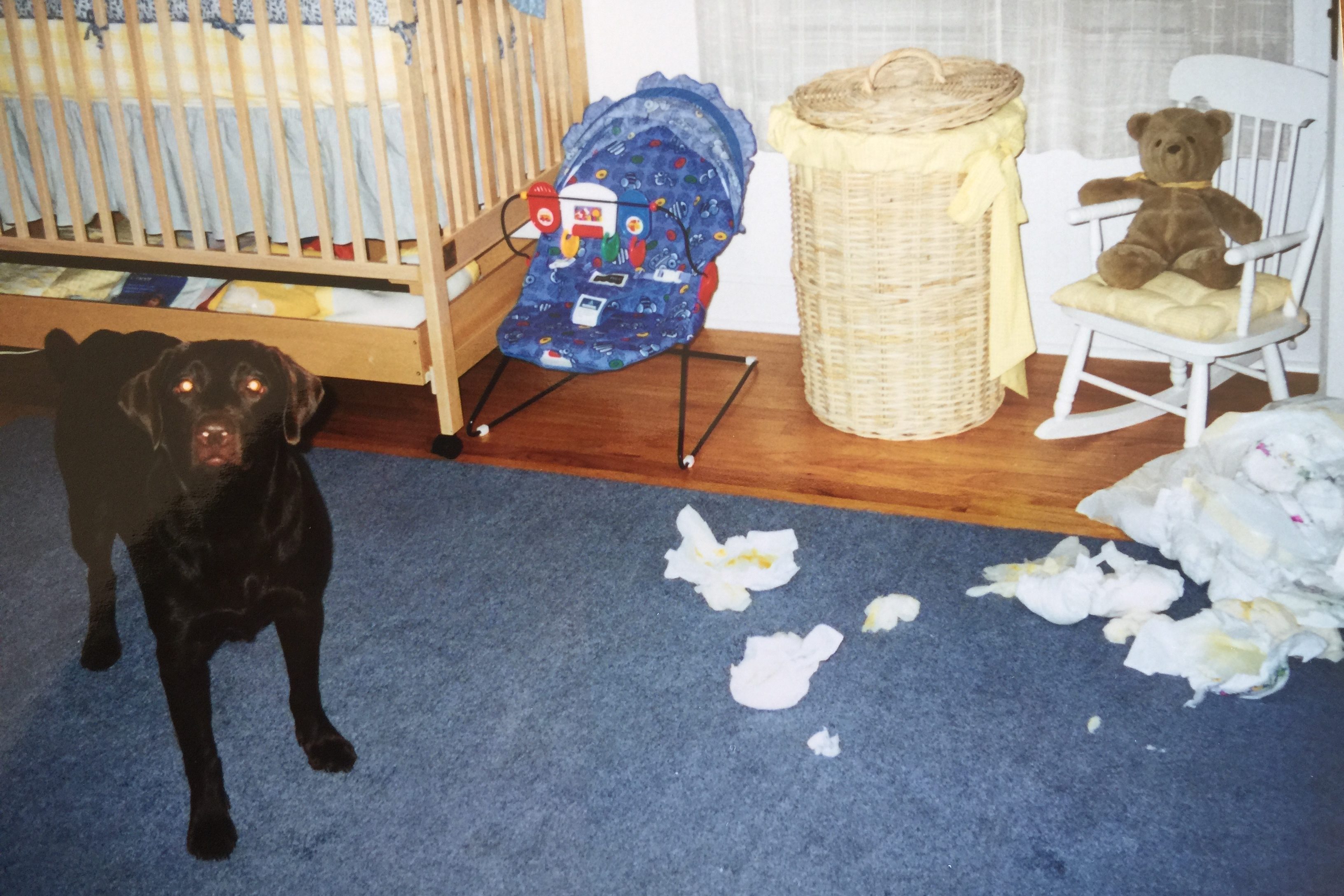 I have the perfect questionnaire for anyone considering having kids. It would be 100 questions and every single one would simply ask: Do you like poop? If you can answer “Yes” to all 100 questions you are ready. I think somewhere around, like, 72 you’ll be like, “Wait a second, I don’t really like poop that much. How much poop is there going to be? Maybe this is a bad idea.”

Before I had kids, I never once considered poop, or the amount of it, in my equation of being ready to be a parent. I thought about chubby thighs for squeezing and soft mushy cheeks for kissing. I thought about how adorably they would toddle around mispronouncing words like “orangin” and “dumpalin.” Poop was the last thing on my mind when I thought of parenting. After 14 years, I can tell you, someone should have tipped me off about it. Cause there’s a lot of it. 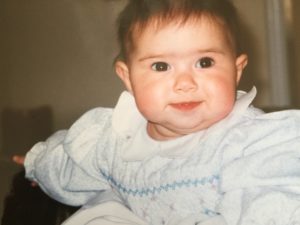 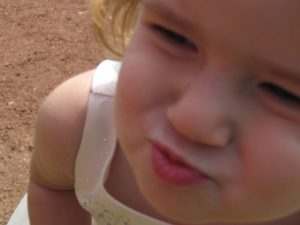 There’s the yellow mushy stuff that explodes up the back in the first months, which at first freaks you the hell out until you realize that’s like sweet baby poop compared to when they start eating food and, ugh, meat. Gross. At some point, their baby poop becomes real person poop and even the laziest of us think, okay…time to start potty training. But the poop experience doesn’t end with potty training my friend. Not by a long shot. There are the accidents, the skid marks, the wiping assists (I still have flashbacks.), the unflushed forgotten poop that decomposes and ferments all day, destroying the toilet bowl and your nasal passages.

I think I’m a good and loving parent, but, try as I might, I never, ever got used to the poop. I never thought well, it’s my kid’s poop so it’s okay. I mean, my kids poop is better than other people’s kids poop, but still, I’m totally grossed out by all of it.

I remember my first poop breaking point, yes there were many. Surprisingly enough, it wasn’t during the diaper years. That seemed civilized compared to this. It was when we were potty training our first child and heard some complete lie that if your child was naked, and you had a potty out, and wished on a Rainbow Unicorn Leprechaun, the child would make some doody in the potty. Well, they sure made the doody, but on the floor. I was the lucky one home from work when this happened. I immediately called my husband in what can only be described as poop-shock and said, with crazy eyes he couldn’t see but could hear in the tone of my voice, “She pooped on the floor.” He said, “Well, that’s progress.” “Is, it?” I shouted at him. “Because I just scooped human poop off of the floor.” Needless to say, things got real after that. But, I will tell you this, after that I never once complained about going to my corporate job again. On my worst day at Time Inc., I never once scooped up poop. The upside of all this poop is that you will view work in a completely different way, like a damn vacation. 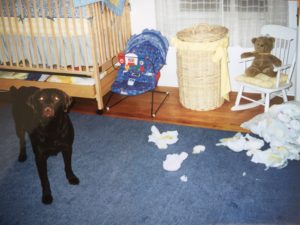 But nothing, not the poop on the floor, or even the time the dog got into the Diaper Genie, can top what has come to be known around here as Poopgate 2012. At this point, I’m twelve years into dealing with poop. My youngest of three kids is five and has been potty trained for two years. But still…Poopgate 2012 happened. I’m not going to lie; it was intense. It was a spectacular way to go out of my main poop years that only parents will understand.

It started when I walked by the bathroom to shut off the light, because no one shuts off the lights (another blog for another day), and that’s when I see it. Poop splatter all over the wall by the sink. After inspecting the many Rorschach’s donning our misty blue walls, I quickly deducted that he pooped, it was messy, and he “washed” his hands. By “washed” I gathered he ran some water on them and got the poop on his hands super runny. I find him immediately and we wash the hands. Pheew, bullet dodged. But, no… 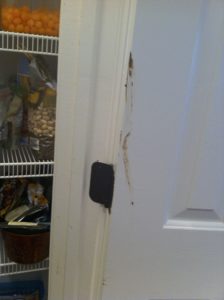 A short while later, I see brown streaks on the white molding of the door jam in the hallway and upon closer inspection, I can’t believe it, but, yup, it’s poop. I start walking around the house with a tub of Clorox wipes under my arms like a war drum, muttering swear after swear to myself like a mad woman. Sure enough there is poop on just about every door jam. I’m not a detective, but the crime scene was clear. More time than I thought had elapsed before I washed his hands. During that time he had plenty of poop on his hands and was trying to wipe it off by scraping his hands on every surface he passed, proving, once again, that despite our opposable thumbs, we were indeed mammals. I’m pretty sure I saw the monkey at the zoo use a tree similarly. Charming.

The best part about Poopgate 2012? It was like the gift that kept on giving. For months, I’d find a new doorframe with the markings of our little Zorro pooper, all over the house. Thankfully we were due to have the trim painted and opted for the industrial strength, going to kill you all eventually, oil-based paint. We had to pay a Hazard Fecal fee to the painters. Well, we didn’t, but we should have! 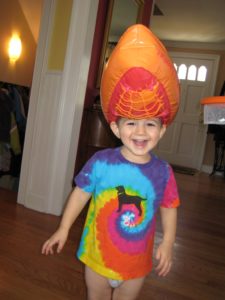 Whenever I tell this story, and lament the sheer volume of poop involved in parenting, there is always some do-gooder who will remind me, a little smugly, that parenting is a lot more than just cleaning up poop. The warm hugs, the unconditional love, the sheer joy in their hearts that melts you. Yes, we know. But parenting is like teaching….you don’t get into it for the magic moments. You get into it fully aware of the less glamorous stuff…like, well, being elbow-deep in poop a disproportionate amount of the time. I think there was a solid nine years that my hands always sorta smelled a little like poop.

All I can say is that it’s a good thing they start out with squishy thighs and kissable cheeks to distract us from this truth because, you can’t handle the truth. So, poop. Do you like it? Do you really like it? I’ll give you a moment.

Post Views: 12,087
← 33 Self-Improvement Thingees to Read and Then Quickly ForgetMother’s Day Exhausts Me →