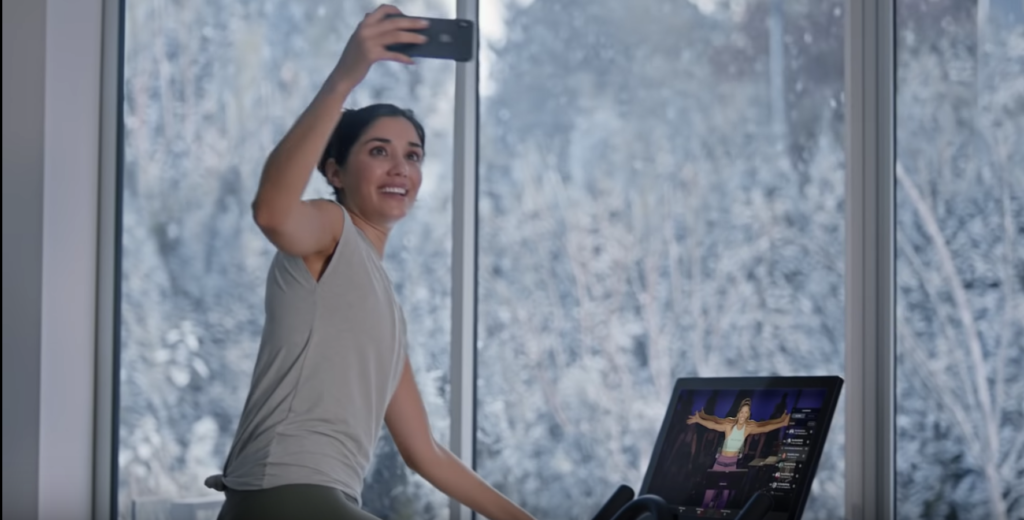 So, I finally watched the now famous Peloton bike ad. I know, I’m living in a cave. I’m sure it’s all been said, but, for what it’s worth, here’s my take.

The gift itself seems thoughtful, crazy expensive, but thoughtful. I’ve considered getting one for my husband because he’s addicted to running, but injured, which, turns out, is worse than living with a runner! Who knew? He would also NEVER spend the money on something for himself. So, I’m not opposed to the gift.

Now, if the wife was really overweight, the gift would be super offensive. She’s not, so I think, well, maybe the husband is like me, trying to get his exercise addicted wife an easier way to stay in shape within the confines of her busy work/mom life. Thoughtful.

But then things get weird, like I can’t follow what’s happening. What I’m seeing with my eyes makes no sense with the words being said. She’s acting as if she’s *finally* exercising for the first time ever. Wait, what????

“5 days in a row…are you surprised?” She asks….Actually who is she asking? Me? Her husband? Herself, which I’m cool with as someone who regularly talks out loud to myself. No one knows. But to answer her, “Umm, no. You look like you have been intensely exercising your entire life and have never missed a day or eaten a single french fry.” Who could be surprised?!?!?!?!

This woman, wife, young mother, is in PEAK physical shape. She is exactly the ideal physique women are expected to be by media and advertising beauty/fitness standards….BEFORE she gets the bike. Which, good for her! But, this is where the narrative falls apart for me. Like crumbles.

Look, it has long been a dream of mine to suddenly become addicted to exercising. I still hold out hope for this magical day where I love to work out more than I like to sleep or watch TV or, hell, stare into space. So, if this magical bike can make me addicted to exercise, I’m in. But this ad doesn’t reach me at all. It reminds me of anti-aging products being shown on 18 year old faces. At some point, you start to get it. The secret to being young, is being young!

It’s kind of why Peloton is doubling down on the ad despite how it’s being received. They could have made an ad to show the bike is addictive for regular people, or convenient for exercise lovers, but instead they went with: “We make fit people more fit.” “Transform yourself from fit to fit.”

You know what? The more I think about it, it’s incredibly honest of them. Refreshing even. They saved a lot of vulnerable people, like me, who are looking for a magic bullet for fitness results from buying a $2000 place to drape our work clothes!! Thank you, Peloton!