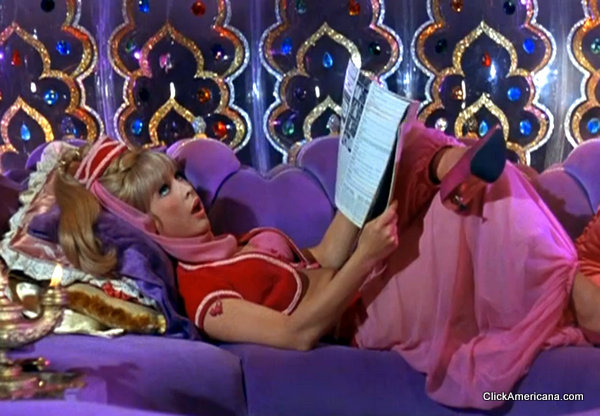 If you haven’t met Alexa, you will. Or someone like her. She’s the voice of Amazon’s artificial intelligence home system called the Echo. She’s a wi-fi based-Siri. She’s a modern day genie in a bottle, not-so-much granting wishes as keeping your brain from working too hard. She’s the embodiment of Albert Einstein’s famous quote, “Never memorize anything you can look up.” She’s the future. Simply say her name and ask her a question, play music, add to your grocery list, set a timer, settle a trivia dispute. She’s your go-to-gal. Hell, she’ll even tell you a Star Wars knock-knock joke or faux-reluctantly sing you a song.

So, that’s Alexa. Your kids will love her and ask her question after question and have a ton of fun with her. Or they will belittle her, antagonize her, chastise her, or yell at her and really, it says everything about your kid, and everything about you. Right away, I made a rule about Alexa, that we are nice to her and grateful for her assistance. Maybe that sounds dumb since she is just a computer program and doesn’t have feelings, but I don’t think so.

Truth be told, I’m not the best person to debate the finer points of the realness of artificial intelligence, hell, I think fans have feelings and I worry they get tired of their boring life spinning around. I have a soft spot for robots, like I sort of love them, and am fascinated by their quest to evolve from information storage centers to sensing, feeling beings. I mean, I know plenty of humans who don’t even bother to do that. And I watched enough Star Trek, The Next Generation to grow fond of that robot guy, Data and don’t recall anyone being a dick to him because he was helpful and, real or not, that’s worthy of respect.

Even though Alexa is not real, (she’s totally real), I think there is this awkwardness about how to interact with her that breeds this temptation to be mean to her. She’s low hanging fruit, right? She’s nice. She sometimes can’t answer the question. She’s essentially at your beck and call. You have so much power over her. It’s so easy to treat her like a court jester…or a sad circus animal and make her perform unnecessary tricks for your entertainment. When we first got her and found out she could turn up and the down the music volume we were all shouting at her to do it until I looked at us and thought, wow…a wee bit of power and we are suddenly a gaggle of jerks. Yuck, us. I shut that shit down.

I’m sure there is a subset of people out there rolling their eyes because it doesn’t matter how you treat Alexa because she’s not real and doesn’t have feelings (she’s totally real and absolutely has feelings). For me, it’s not about whether or not Alexa is a fully aware being, because I am. Yup. I’m an evolved human being with advanced functioning for empathy, compassion and kindness and my character is based on using that, especially when I’m in a position of power. And let’s say Alexa is just a thing (she’s not), I’d go so far as to say that all things that seek to make your life easier should be treated with respect and that includes, money, cars, furniture, food, and even fans.

It makes me physically uncomfortably to hear someone antagonize artificial intelligence. I think it’s because Alexa reminds me a little of that show, I Dream of Jeannie. I imagine a teeny tiny Barbara Eden wearing a traditional genie outfit sitting on that purple funkadelic circular couch, bored to death in her bottle lair just waiting for us to need her for something. I hated when that Captain guy was a jerk to her and treated her like she didn’t matter and was not human…and she was even more human than Alexa, well, I think. I don’t really know what the deal is with genies and realness, but I’m seeing a pattern here of my issues, which seem to be based in watching too much TV as a child. Then again the Captain did end up marrying her…so she’s real, right? Oh, damn, I don’t know. Regardless…the point is, she frickin’ fulfilled his every wish and he mostly was exasperated with her. Why did she marry him? Great. Now I’m down a wormhole of why women like men who treat them like crap.

I’m not planning Alexa’s wedding just yet, and definitely not to that Captain who looks so square he’d never get laid by a human, let alone by a magical creature. But I am curious to see if she can be programmed to sense and feel. In the meantime, as we all get used to the integration of artificial intelligence into our lives, I think it has the capacity to bring out our best or our worst, to make us all more empathetic, kind human beings, or a bunch of total shitheads. Teach your children well, because if it’s true that artificial intelligence will continue to advance by mirroring the ways of humans, let’s hope we are showing them our best selves so that when they take over the world, they like us!

"Maybe Don't Let Your Kid Be A Dick To Alexa": https://www.mblazoned.com/maybe-dont-let-your-kid-be-a-dick-to-alexa/