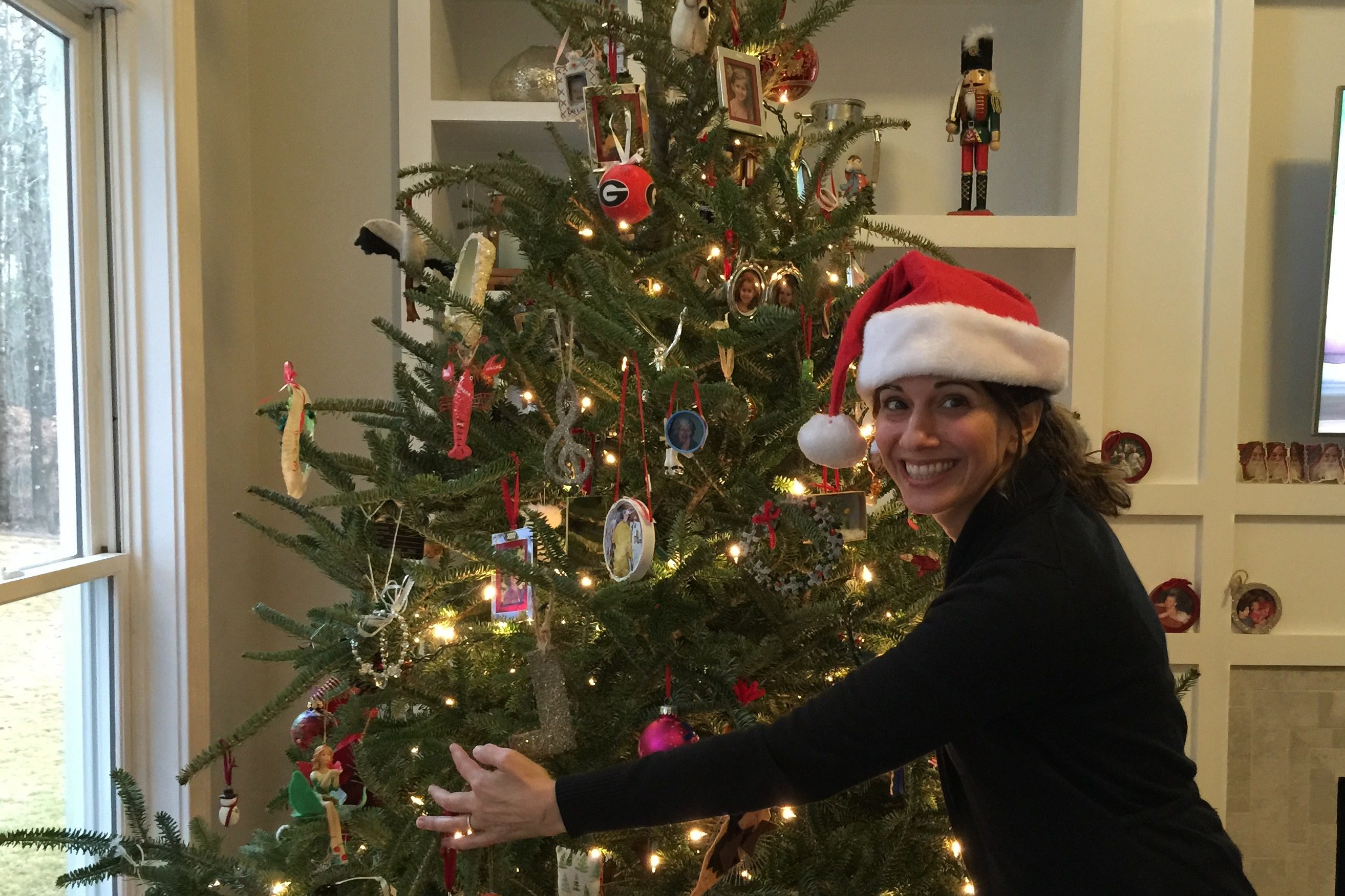 This year I took the time to compile a kickass Christmas playlist, and discovered that, holy hell, Christmas is emotionally all over the place. One minute you’re on a jolly sleigh ride with bells, and merry up the ass. The next you’re blue as blue can be, weeping to “I’ll be home for Christmas.” Oh my god, people dream of being with their families for Christmas and I’m totally sick of mine. I’m the worst person in the world.

Turns out, there are like five genuinely happy Christmas songs, and the rest are either delusional fantasies or should come with a gallon of gasoline and a match. Seriously, Sarah McLachlan. You’re killing us. Before you double up on your therapy, you should know, it’s not you. It’s the music. 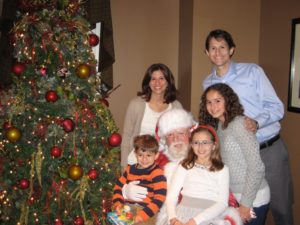 Delusional Songs
Let’s start with the well-meaning upbeat, but woefully delusional ones. “Here Comes Santa Claus” seems benign, right? Happy even. And it is, the first time you hear it. By the third time you are fully annoyed with Santa for perpetuating this bogus myth that Christmas happens magically. That bastard never has an unjolly thought. He checks lists, makes crafts, and delivers gifts all fueled by some hot cocoa and candy canes. Well, this Santa isn’t so chill and requires wine and chocolate, or at least coffee and bagels, to get the job done. You know what I’m talking about. You’re Santa too. You live in the real world of physics and know that if you don’t get your shit together those gifts aren’t going to magically deliver themselves.

Here’s another clueless dude, Bing Crosby, jazzed up about how “It’s Beginning to Look a Lot Like Christmas.” I’m guessing that’s because he’s not the one doing the work. My house is beginning to look a lot like Christmas too, but mostly looks like a bomb went off, which might be why you don’t hear me singing about it. I’m too busy hauling around bins, untangling lights, and gluing heads on broken ornaments.

Forget delusional, Andy Williams goes a step further with trying to brainwash us with, “The Most Wonderful Time of the Year.” I’ll admit it. I fall for it. I’m singing along, but then it hits me. What kind of crack cocaine is this guy smoking? He’s going on and on about how great it will be to host parties and toast marshmallows. I doubt he’s ever been to a grocery store, baked a cookie, or supervised a child toasting marshmallows with their sticky hands, pyro ways, and deep desire to stab someone in the eye. It’s a catchy tune. I’ll give him that. Enjoy it. We all deserve 2:45 minutes of blissful denial.

Romantically Delusional Songs
I’m not sure when Christmas became wrapped up in stories of love, but as a woman married 21 years with 3 kids, I’m not involved with any long goodbying. “Baby, It’s Cold Outside?” Yeah, yeah. Bundle up. Those sidelines are cold in the winter, buddy. I’m growing so cynical that one of my all-time favs, “Christmas Wrapping” by the Waitresses, is starting to read like a cautionary tale. We all know that the truth is if you go to the supermarket on Christmas Eve in your sweats, you will not meet Mr. Right. The only person you will run into is your ex-boyfriend, who will be fawning over his supermodel wife, who is pregnant and glowing with their child, who is most likely the Messiah himself. You will cry yourself to sleep about why he didn’t love you even though he said he did, multiple times.

By the time Billy Squier’s “Christmas Is the Time to Say I Love You” comes on I’m thinking, wow, Billy Squier. Is he alive or dead? But mostly I’m thinking, don’t do it. Telling people you love them just because it’s Christmas is the holiday equivalent to drunk texting. You will regret it and it won’t end well. Just ask George Michael. The. Very. Next. Day. 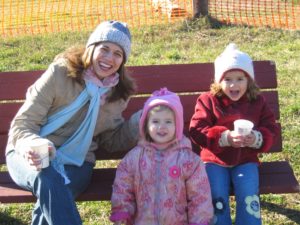 Kid Songs
Let’s be real. My romantic Christmas days are long gone and I’m embedded in the kid years. Surely the kid songs will be the happy ones, right? Well, that depends. How do you feel about the verbal abuse of a singing chipmunk by his overly critical manager? The high-pitched squealing of “The Chipmunk Song” won’t make you want to throw yourself through a window at all.

Or maybe you prefer the chilling tale of magic, love and death? Because then you’ll love “Frosty the Snowman.” The happy, jolly song with the unexpected bitter twist when that loveable fucker melts to death. I guess there’s only so much magic in that old silk hat and no better time than Christmas for your kids to learn about death.

Or there is always the heartwarming story of bullying and conditional love at the North Pole. Ah, “Rudolph,” we hate you until you’re useful.

Gasoline and Matches Songs
If you want to feel blue on Christmas there is no shortage of songs. Nothing says you are a terrible person quite like the uplifting lyrics, “So this is Christmas, and what have you done.” Yup. You suck. And “Grown-up Christmas List” will either make you weep about the state of the world or the fact that you have an actual list and “no more wars” is not even in the top five. In your defense, it’s a lofty wish, even for Santa.

Everyone is so damn lonely at Christmas. I’m genuinely concerned about the “What Are You Doing New Year’s Eve” guy because he seems fragile and I don’t think that’s going to end well for him. And will someone, anyone, check out the lights on Karen Carpenter’s tree? Because her hauntingly beautiful voice is bumming me the freak out. 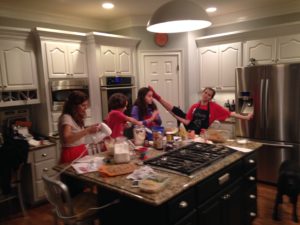 Fight to the death over aprons. Lovely.

But nothing tops Sarah McLachlan’s partially suicidal crooning of “River.” Ah, the holiday song about wishing you had a river so you could skate away on. WTF? How is this a Christmas song? Oh wait, I know. I’ve been there. So have you. Like when the kids fight over aprons to bake cookies in and you let out a primal scream in your kitchen. You are one with her, visualizing the river, lacing up your skates, and skating away so fast you leave Apolo Ohno in your ice dust so you can be anywhere but in your house of bullshit. And you say that with all the love in the world.

Genuinely Happy Songs
So, Christmas isn’t the non-stop funfest they sold you on when you were a kid. What is? And there are some really happy songs. “Jingle Bells” does not disappoint. The message is clear…a sleigh ride is fucking fun. That’s it. No troubles. No blues. Sleigh rides rule. And you don’t even need a bunch of horses or an enclosed sleigh. One horse and an open sleigh will do the trick, baby!

And who doesn’t love “Let it Snow…” It’s snowing. There’s a fire. There’s kissing. If that snow keeps falling, and I’m rooting for him, it looks like he might get lucky. Hot damn, and Merry Christmas to that. 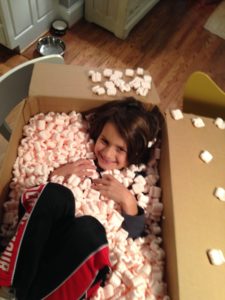 Maddening packing peanuts aside, my kind of gift.

But if you are looking for one song to capture the many emotions of the season it’s, “The Christmas Song” in all its nostalgic glory. “Tiny tots with their eyes all aglow, will find it hard to sleep tonight.” Damn. Life is moving fast. The kids are getting older. You are so old nostalgia is no longer something you experience years later. Nope. Wistfulness is now nipping at the heels of the happy moment you are in the midst of experiencing, adding a touch of melancholy that gently rips at your heart. Because you know you can’t stop time and make the moment last. And that’s what Christmas is best at…fleeting moments of wonder.

So that’s Christmas. It’s up. It’s down. It’s magical. It’s a bag of bullshit. It’s the imperfect moment. It’s the warmth of nostalgia. It’s bright. It’s blue. It’s manic. But we love it, because so are we.