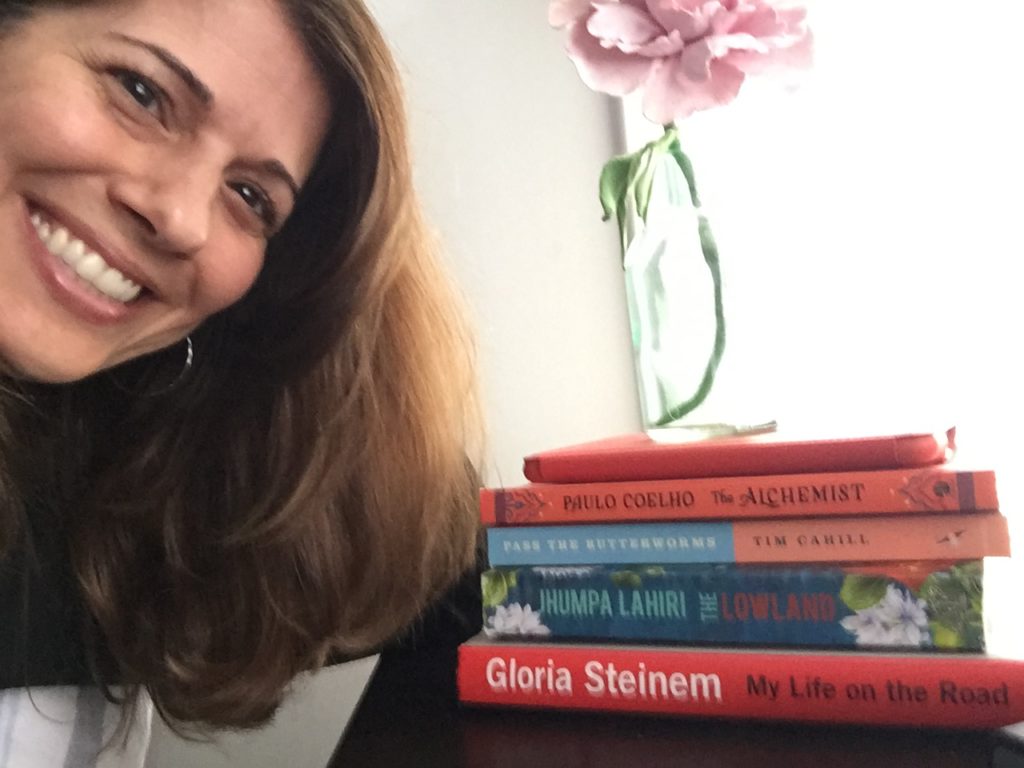 Like all good bloggers, I’d like to share with you my favorite reads of the year because I read a lot, because people who read a lot are super smart and interesting, and I’m super smart and interesting. But I don’t like to brag, so I’ll just give you the few that really had an impact, and by really had an impact, I mean the ones I remember the titles.

I read that Nightengale one. I don’t know how to spell it, and I’m not fixing it. It was good. Sad. Really kind of pissed me off with all the Nazi bullshit. I’ve read many books with this backdrop before and I’m stunned anew every time at the horrors of humanity. It was just as depressing as you can imagine. So that was a good time fucking read.

I read Shantaram. And by read, I mean I’m still reading it. This beloved book of an escaped Australian convict on the run who

finds himself in the harsh and damning streets of Mumbai, India isn’t really doing it for me. And I freakin’ went to India and thought, I’ll read about this awesome book set in India and be like, yeah, I was there. So far, about half way through, I’m starting to doubt if I give a shit about any of the characters at all, and most of the time have no idea what the writer is going on about other than when he randomly nails the meaning life with a kick ass passage that I highlight even though I’ve never looked back at a highlight I made in my Kindle and don’t even know how to find them.

I also read Cryptonomicon by the same definition of how I “read” Shantaram. Half way through this book recommended to me by a friend I realized the friend was a goddamned enemy who hates me or that was the only possible explanation of why they thought I’d like it. Screw them and this stupid book, and I say that with all the love in the world. Please note, this book is like a zillion pages, so half way through should impress someone out there.

While I’m thinking let me tell you how many New York Times Crosswords I’ve completed this year. All the Mondays. Yeah, that’s right. I said the Mondays. About half way through the year I started trying Tuesdays and finished a bunch of those too. Recently I’ve advanced to Wednesdays and I’m like, what’s so hard about Wednesday? I once made the mistake of trying a Thursday and boy did realize what an idiot I am.

Back to the reading. I think maybe I read The Girl on the Train. It was either this year or last year. I’m really not sure, but I need to boost my 2016 numbers. I liked it though, so there’s that. I think you’d like it too, but there’s a movie now with a much prettier star in it than I was picturing, so that movie is dead to me. Whatever the main characters name was, she wasn’t as pretty as freakin’ Emily Blunt and now everything is ruined.

Ummm…wow. There must be other books. I’m going to get up and check my bookshelf because I’m feeling really inadequate right now. Maybe now is a good time to mention that I’ve completed probably five 1,000 piece jigsaw puzzles, because I’m not wasting my life at all.

I feel like I read Orphan Train because I read this other book a while ago, I forget the name of, where the main character was coincidentally on the Orphan Train. Maybe not the same Orphan Train, I believe there were multiple trains, but one of them. It seems like everyone read Orphan Train, so I must have too, because I’m at least as good as everyone.

I didn’t read it.

How about I use this pause in my memory of the many, many other impressive books I read in 2016 to tell you about some of my Netflix binging accomplishment? There’s Crazy Ex Girlfriend. Oh, and, Catastrophe on Amazon that if you haven’t watched you have no right to judge me for not reading more. It’s fan-fucking-tastic and way better than dumb reading. Let’s see…what else did I watch? God, I’m sucking it up at binge watching too? It’s not that I’m lazy, it’s just that I’m unfocused.

Okay, books. Last chance to come up with some books. Why don’t we make this interactive? Start yelling out book titles and I’ll tell you if I read them or not? Go!

A Dog’s Purpose. No, but I almost did. I was really close and even put a bookmark in it to be ready.

You Before Me. Yes! Yes, I read this one. See? I knew you’d come up with something. Wait is it Me BeforeYou? No one knows for sure. A lot of people liked it, and I did actually finish this one, but it was such a downer. Why are all books so damned depressing? Oh, I remember…because life.

The Curious Mind of Funky McGee. Okay, I made that title up. But it sounds good, right? Better than that shit one Cryptonimicon about cracking codes with math or computer encryptions or whatever the hell they were talking about. No one knows. Everyone who says they read this book and liked it, is lying. God, I’m overly angry at that book.

Okay, things have taken a dark turn. Apparently, I’m no longer a reader. I did not know this until now. It would seem I’m a total moron who only dicks around on her phone 24/7.

Sure, I have books on my bedside table. Wanna know the truth? Pass the Butterworms has been sitting there for three years. Three years. And The Alchemist? I’ve read zero pages and scantly know what it’s about even though I’m the last mouth breather on earth to read it. I did read a chapter of the Gloria Steinem book, My Life on the Road and was so inspired, I decided I was going to hit the road, travel the world, and listen to women’s stories. Then I remembered I’m me and had sour cream and onion potato chips for breakfast and haven’t opened it since. Yeah, I’m probably not doing that.

I think I’m giving myself half credit for Jhumpa Lahiri’s, Lowlands. Not only have I read all her books, I also bought this bad boy in a cool hipster book kiosk in Udaipur, India. I’m cosmopolitan like that. And, most importantly, I have every intention of reading it. I feel like Oprah probably did a Soul Sunday on how intention is everything, or she should. “Intention is Everything” Trademark M.Blazoned.

Well, that’s it. My ridiculous list of books for 2016. If nothing else, I hope it makes you feel better about yourself now that you know I’m a dummy. But let me say this, I did read Anna Karenina. Okay, fine, eight years ago. And I’ll be honest. I thought it was very okay. So, if you came here looking for a book recommendation here it is….Don’t read Anna Karenina. Train yourself to let the title roll effortlessly off your tongue, tell people you did, and say that it was “very okay.” Trust me, that’s the best part about reading it. You’re welcome.

Here’s to reading in 2017. Maybe my internet connection will be down.