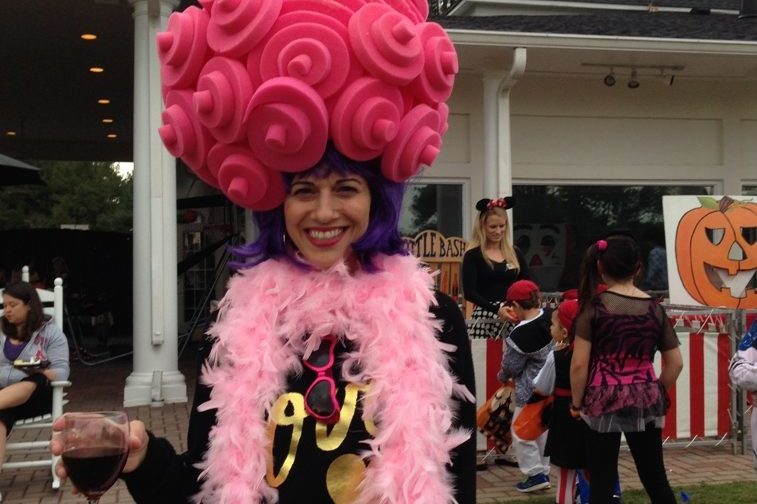 It’s been a while since I just wrote a stream of consciousness blog that offends half of my readers, so here’s one to get you fighting. I think the Oscars, as a show, suck.

I’m not a cool contrarian person who gets off hating things like Barney the Dinosaur and cruises and the Oscars because I’m way too edgy to like that kind of stuff. I’m the opposite, kind of a pushover and not much of a critic. I happen to love movies and even like the idea of an award show to honor those who make all that magic happen. But I think the Oscars have become a predictable borefest that is beneath the industry as a whole. Thus the sucking.

Before you jump ship or start typing your persnickety comment about how wrong I am and how great the five-minute opener with Billy Crystal is, you have to stop and think about the entire event…not the one or two good moments or passing jokes.

Let’s start with it is supposed to be entertaining. I think we can all agree on that. Based on the fact it’s on prime time network television, commercials are pricey, and it has just about every single famous person the average American can name in one room, it falls into the category of entertainment. And let’s double down on that and think about how it is honoring the best of the best in visual motion picture arts. So, why, why, I say, is it the same fucking show every single year? The industry that innovated visual and sound effects, animation, CGI, and frickin’ stunts where people jump out of burning buildings on fire can’t come up with something a little more interesting and amusing?

I’ll give them the opener. That’s usually pretty good. After that, it’s this…

That stupid goddamn orchestra music plays as the overly velvety voice over dude announces presenters who walk cautiously in their ridiculously high shoes and cumbersome dresses as microphones appear from the floor. (That literally is the coolest effect they can come up with.) Then talented actors read, usually poorly, from an overly produced, unfunny script via a teleprompter, or do some awkward duo bit that doesn’t play at all other than the hilarity of how uncomfortable it’s making everyone. Winners give speeches that are somewhat interesting until they are inexplicably cut-off by idiot producers. Repeat for three to four more hours, inserting a joke or two by host about the latest celebrity who went on a racist rant, and lots of hardy-har-har comments about how long the show is going. And that’s it. That’s the Oscars.

How low is the bar for this thing?

Are my thoughts any good? Probably not, but here’s what I came up with just this minute…

#1. Change the entire format. Replace the fucking 1920s big band orchestra and that overly dramatic walking in music with a few bands. Get The Roots, Train, and Arrested Development to play together as people walk on and off. Play awesome songs. Have guest artists jam in for rock legend covers. Why am I not hearing Under Pressure or Purple Rain?

#2. Everyone is barefoot. No one enters the stage in shoes. No one. Keep the tuxes and gorgeous impractical dresses, but lose the shoes. Right away, it’s a different vibe. It’s a fact (well, probably), that people have more fun barefoot. I can’t even with watching the women teetering to and fro.

#3. No scripts. No teleprompters. We want to hear what famous people have to say. Tell them ahead of time what they are presenting and the time limit. Let them prepare a few random thoughts. Let them come out and just talk. Like, “Okay, hi, hey. What’s up, America? I’m here to talk about Manchester by the Sea. A great film, but how effing depressing was it? Well that’s the point, man. It made you feel. It took a bunch of words on paper and some actors and a director and it made you feel. That’s what we do when we do it well.” Just anything. Anything from their brains that is authentic.

#4. Don’t have an order to the awards. Surprise us. Please, god, surprise us for the love of snot. And the last award always being for best male actor? It’s a bunch of sexist bullshit and you know it. Look, if you need to hold something out for the end, have a kick-ass finale that is even better and more must-see than the opener that everyone stays up for. End it with a super, mega, jamfest from the cool ass bands, get the stars up there too. Make it a We Are the World type thing. Make it socially conscious. I don’t care. Something, anything, that is different and compelling.

#5. Mix up the best song artists. That’s right. Have Adele sing Eminem’s song and Eminem sing that Randy guy who looks like John Goodman and always wins for his Pixar songs. Or have them sing all the songs together. Please, anything new.

#6. Lighten the hell up and leave more time for the host to do their job and amuse.

#7. Let the winners actually talk. Including the co-winner. How evil is it when the second person gets their turn and the producers crank up the boring music and lower down the microphone. How do they not understand they are cutting the only potentially interesting, non-scripted part of the their show, well, other than that super cool microphone effect!

#8. No SWAG BAGS…it’s insulting to everyone. Celebs don’t need an iPod and Beats headphones, for crying out loud. Use the money to fund artist educational scholarships. In fact, I want to see an #EndSwagBags movements by the stars. They want to talk about their social and political issues? I’m all in. But don’t leave that event with a $175,000 bag of privilege and expect us to take you seriously. Donate the money to getting an artist colony up to fire code and we can talk.

#9. Here’s a thought, how about throwing some love to the struggling artists? Introduce some new, young talent like a comedian, singer, or visual artist. Showcase them and their talents instead of putting some famous person’s kid in a gown to hand out trophies and calling that weird nepotism “tradition.”

#10. Scrap #1-#9 and have Lin Manuel Miranda and the cast of Hamilton do the whole fucking show in rap.

I know I don’t have all the answers, except that last one is pretty dope! I’m just brainstorming because I’m amazed year after year that no one in Hollywood is asking the questions. This show format is a dinosaur, a relic, a disappointment to one of the most creative and progressive forms of art we have. Something needs to give. And don’t tell me just not to watch it…or award shows are just award shows. Screw that. I want to watch it…and I want to be entertained. I don’t think that’s too much to ask for given the industry running it and being honored. Come on, Oscars. You can do better.

Okay, now you can commence telling me how wrong I am in the comments!

Post Views: 6,264
← The Hair Pulling Madness of the Campus TourThe Night I Became "That Parent" →

"Here’s Why the Oscars Suck": https://www.mblazoned.com/heres-why-the-oscars-suck/