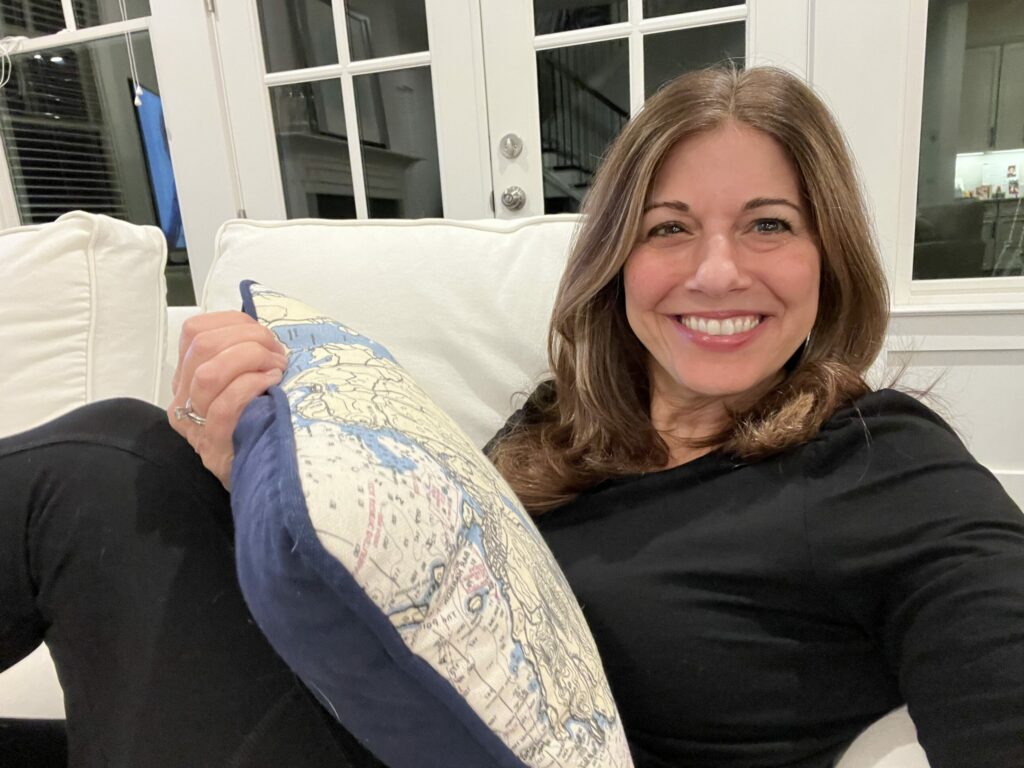 There’s this “cutesy” TikTok trend where young women joke with their boyfriends that making their man dinner needs an upgrade from girlfriend to wife. Ha-ha-ha…vomit.

Let’s be real people, this idea that women make dinner for their husbands is based in some 1950s fantasy of domestic bliss, well, bliss for the men, I suppose. It’s over 70 years later. 70 years!!! Women now are well-educated and working their asses off along with the menfolk. And still, this is our go-to about what the role of the female is in the marriage? While, I, too, long for some version of the 1950s wife, I stand by the “vomit” and raise it another one.

Honestly, it’s a little laugh or cry, or, I don’t know, take a sledgehammer to the patriarchy, level it to pieces, and serve up the shards for dinner? Dinner’s ready, sweetheart! Or..or…or…maybe we all need to better understand the female anatomy to determine if “making dinner” is somehow hard-wired into the gender. Lucky for you, I put together an Operating Manual to look into just that. Let’s start with some simple definitions!

Actual Definition of Female:
“Female” as defined by Merriam Webster, is a noun that means “a female person.” The adjective of female means, “of, relating to, or being the sex that typically has the capacity to bear young or produce eggs.” In summary, a female is a person, which seems important to stress. And, curiously, there is no mention of making dinner for husband.

Connotation of Female:
The connotation is the feeling or idea the word invokes. Well, here’s where things fall apart. Despite all evidence to the contrary, the female gender is still associated with: docile, weak, emotional, unintelligent, frivolous, subservient, and often just as a creature designed for a male’s domestic comfort and/or sexual pleasure, like a mash up of Alice from the Brady Bunch, if she were somehow also a sex doll.

How the gender that has birthed the entire human race is categorized as weak never fails to amaze me, but here we are, perennially barefoot, pregnant and making Shake n’ Bake chicken. Perhaps the sex organs a female is born with can help us learn more.

Ovaries
Despite years of collective societal misconception, ovaries are for producing eggs and do not in any way make a female human being like cleaning. In fact, there is zero scientific evidence that the ovaries saddle females with the cleaning responsibilities in a marriage, including laundry. Although it is a very cool thing to produce eggs that may lead to a human life, and one that should automatically make the female the superior gender, I’m sorry to tell those rooting for the patriarchy that the ovaries do not give females any special ability or enjoyment of folding laundry and cleaning toilets.

Fallopian Tubes
I’ll be frank, no one really knows the point of Fallopian tubes and we’ve all wondered why the ovaries can’t just spit out the egg into the uterus and save us a bit of time in our cycles. That said, it should be pointed out that while the Fallopian tubes do not have a hugely exciting function in the female human being’s crazy ability to perpetuate the human race, they also don’t provide any biological connection to interior decorating. In fact, females do not come programmed to pick out pillows, paint colors, and bedding. Many, much like their male counterparts, feel void of a will to live when shopping for throw pillow at Homegoods.

Uterus
Although it has been suggested by male human beings, the uterus is not a radar that can locate the pickles in the back of the refrigerator. This is done by coordinating the eyes with the arm and hand muscles to move things around, also known as “looking.” Surprisingly, this can be done with equal success by both females and males. The uterus, although a very powerful and magnificent organ that can grow a human being, does not, by design, track extended family birthdays, shop for gifts, or wrap, and mail them. Males can just as easily perform these thoughtful endeavors.

Vagina
Easily the most misunderstood aspect of the female human being, the vagina, also known familiarly by fellow females as the vajayjay, has the power to birth a human being into the world. The muscles are crazy strong and rank high on the badassery scale. Perhaps interesting to point out, the vagina does not make a female bad at sports, or unable to go to outerspace, or unqualified to be president. All known euphemisms that seek to characterize the vagina negatively, specifically as weak, are stunningly inaccurate. The vagina, in contrast to the weak and vulnerable testes, makes the confusing expression of strength “to grow some balls” laughable. Sure, we will, right after we bring a life into the world, and win the World Cup.

Breasts
A great misconception is that only females have breasts. Any ordinary trip to the beach will prove that assumption wrong. However, women are not allowed to show theirs, even when using them for their intended purpose, feeding a human baby. Despite years of research on the function of breasts, there is still a misconception that female breasts give some kind of advantage to grocery shopping, or running errands. This is false, as both genders with breasts find these necessary evils to sway heavily toward the evil side.

Estrogen
The female hormone that regulates female reproduction cycle is often mistaken for some all-encompassing domestic pixie dust that makes women responsible for making dinner and managing all aspects of the holidays. Although, very powerful stuff, it will not make females super psyched to put away the Christmas decorations by themselves. Despite decades of misinformation, the production of estrogen does not make changing diapers any more tolerable for females over males. It can, in certain doses, make females as ragey as males with too much testosterone. Proceed with caution. You probably have it coming.

In summary, females are people first and foremost. Exactly the same as males, some females like certain things and some females don’t. While they can make dinner, and should do their fair share, they are not genetically engineered to possess an inexplicable love of being a joyful domestic servant. Given this somewhat shocking news that females aren’t anatomically designed for domestic chores, here’s a quick guide for who should do what in a marriage.

If you eat food: Cook
If you make dirty dishes: Clean dishes
If you wear clothes: Do laundry
If you have a mother: Buy her a birthday card, pick out a gift, and mail it to her
If you like to eat: Grocery shop
If you use a bathroom: Clean the bathroom
If you have a couch: Go to Homegoods and buy throw pillows
If you like the magic of the holidays: Help make the holidays magical

PS: If you think an “upgrade” in your relationship is the privilege of making your male partner dinner every night, I got news for you, there are easier ways to get a diamond ring.