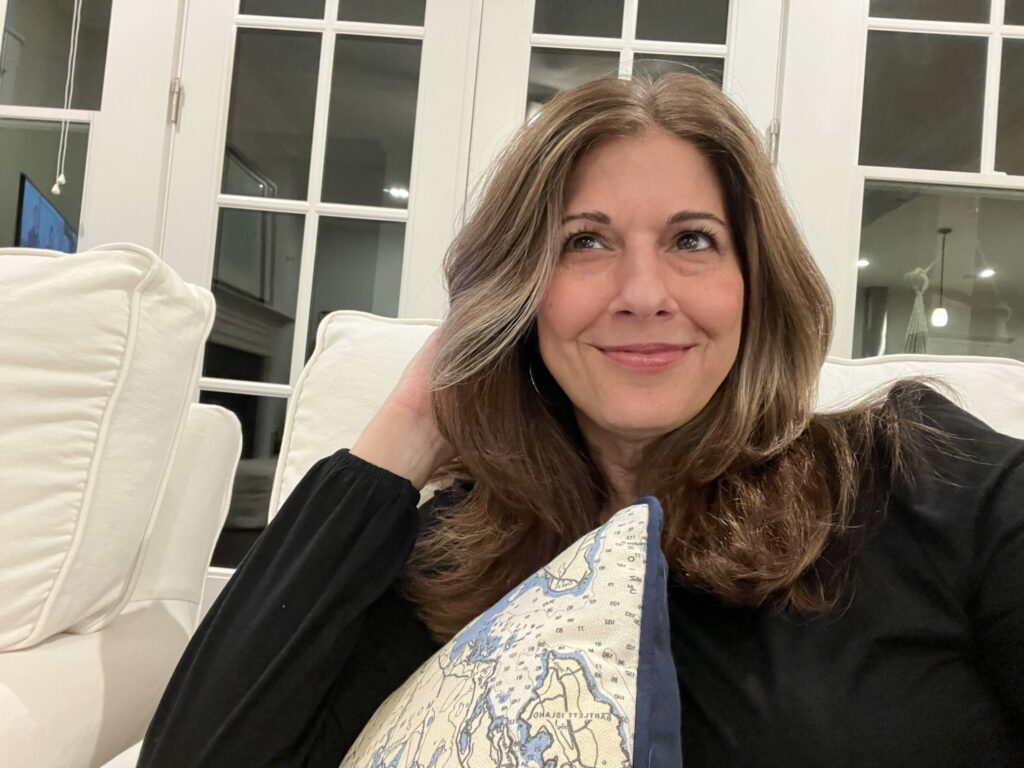 So, I don’t want to disappoint you, but what I know about menopause is basically nothing.

You’d think, maybe, that since I’m a female person who is fairly well-educated and has managed to live to be over a half a century old that I’d know something about menopause. Welp, not so much.

What I know is tantamount (ooh, i used tantamount in a sentence, possibly even correctly) to a cartoon version of menopause. A caricature, if you will. Like if a caricature artist drew a picture of menopause with like an angry hag lady surfing a crimson wave on a broomstick with sweat beads flying behind her. So, yeah, not much.

But, let’s do take a look at what I do know and compare it with what you know. I’ll start, obviously.

As a kid I remember these two pieces of information:

Wait, why does that sound familiar??

The other bits of menopause information I picked up were that when you go through it (honestly, not even sure what that means) you will feel unreasonable angry and want to harm people. You will stop getting your period. You can opt for hormones that may or may not give you cancer or opt to go without hormones that also may or may not give you cancer. Cancer seemed inevitable.

As most of you, I heard about how you will have hot flashes that will border on uncomfortable and, somehow, adorably comical too. Like, “Oh man, that was crazy that I took off my sweater and only had a bra on! This is fun! Let’s rosé all day!”

I’ve heard a few things about night sweats too, which I was never sure was different from hot flashes or just hot flashes in your pjs.

Everything I know about menopause is seriously underwhelming….and what’s even more ridiculous is that I think I’m in it or or over it or going through it. No one knows which preposition it is, really.

Because I’m a life long learner, allegedly, I do seek to understand more about menopause, and even recently made a grown up appointment with my primary caregiver just to talk about it. I just keep thinking, what am I missing?

So my menopause journey (Dear Diary…) so far has been this. In my early forties I had a midlife crisis. Not sure if it’s related, but it was significant, which landed me in therapy, as realizing your half way through your life is not a super good time, turns out. Nothing menapausy was happening yet.

Fast forward to my late forties, maybe 48? Who knows? I barely can remember the year I’m currently living in. I start to get hot flashes! The only one I truly remember was being in a Verizon store, or an ATT store, waiting endlessly for them to do something annoying about our family iPhone situation, when it came upon me, and, comically, on pure instinct, I pulled my jacket off and criss crossed by arms and pulled my sweater over my head involuntarily. I looked around, as if after an earthquake, like, whoa…did everyone just feel that?

They did not. Just me. Hot flash.

Around that time, whilst still regularly, 28 day cycles on the nose, getting my period, I also would sweat through my pjs at night pretty often. In a haze I’d get up and be like what in the world, while abandoning said pjs on the ground. What a trip, right?

Men, I need to pause here, (see what I did there? …men-pause), just point out to you that when you are female your entire life is built in body weirdness with constant cramps, boob pain, bleeding, and now sweating. It’s wild. You guys just walk through life having to get in fights to feel pain, when, baby, we’ve got that shit built right in! So much of the human experience is being denied you with your painless predictable bodies.

So, between the sweaty nights and the few hot flashes, I think, well this must be it! But it’s not. I still get my period. I think, well, I guess I’m perimenopausal, which is pretty freaking funny since no one really knows what that is either. We pretend to, but, come one. It’s just us. Well, at least I don’t really know.

Now we arrive at the present day, it’s been about 10 months since I’ve had a period. From what I hear if I go two more for the magic 12 months in a row, I’m officially in menopause. Well, I am officially in it or through it? I don’t know. Great questions. Is there something after menopause besides sweet, sweet death? Post menopausal? Menostoppal? I don’t know.

What’s weird about this whole journey is that I don’t get hot flashes or night sweats or want to harm anyone. Although, I failed to mention that I did go through a rather murdery stage where I did feel pretty irritated with anyone and everyone, but even that was a while ago, and in my defense it could have been the people actually being annoying and I was just reacting completely appropriately.

Back to the doctor visit. I went to my doctor, like a kid missing out on a birthday party, saying, boo hoo, why aren’t I on a patch of hormones or something like all the cool menopausal women? She was like, well, you aren’t having symptoms…and maybe you won’t, but unless you do, you just go through it.

Aha! Gramma Audrey! “What’s the big deal!” Fingers crossed that will be my fate, but who the hell knows. Having a female body is a constant edge of your seat roll of the dice!

In conclusion, I don’t know much about menopause and seem to be experiencing it in a similar way of the dark ages, which is probably offensive to the dark ages where they probably had a ritual or something to honor women. I hope that you know more than me and however you are experiencing it has some solid cancer risk free solutions to it. You do what you need to to get through it, over it, past it…whatever.

I do, however, need to share with you how strange I think it is that women know so little about menopause. I’m guessing it’s because there was so much shame for women about discussing our periods and lack of periods, my god, we can’t win! But, let me throw this out there. What I love, love, love about Gen Z is how the girls/women talk openly about their periods. I think we owe it to our daughters to be the first generation of women who talk opening about menopause, so they know just how adorable our hot flashes are, and, more seriously, how outrageously complicated and cool our bodies are.

Follow me on Facebook for more of my thoughts on life, parenting, marriage, and the “joy” of being middle aged. I’m also on Instagram and barely on Twitter! For more fun reads, check out my Viral Blogs! Also, check out my blog on The Modern Midlife Crisis or 45 Years Old Isn’t the New Anything or Middle School in the 80s